Garment exports from Punjab down

Share of Haryana, UP and Rajasthan in country’s exports on rise 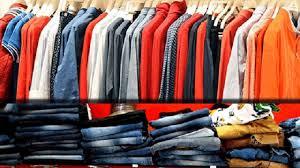 Having ranked eighth in terms of exports in the last fiscal, Punjab’s share in the country’s textiles and garment exports has declined. From 5.14% in 2017-18, it has fallen to 4.52% in 2019-20. However, the share of Haryana, Uttar Pradesh and Rajasthan in the country’s exports is on the rise.

In terms of quantum of exports, Haryana has been ranked fourth, Uttar Pradesh fifth and Rajasthan ninth.

During the past three years, the country’s exports declined by 6.55%. However, the quantum of decline was 18% in Punjab, much more than the national average.

“The state is facing fall in exports as many garment units have come up in Noida and a sizeable business has shifted to them as operational cost there is low as compared to Punjab,” said Harish Dua, an exporter from Ludhiana.

“Many export houses are manufacturing in Punjab but exporting from Delhi and this is reflected in Delhi data,” he said.