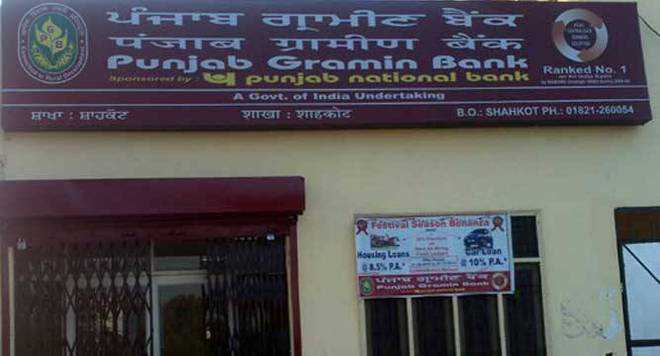 As the merger of District Central Cooperative Banks with Punjab State Cooperative Banks is in final stages, the Punjab Gramin Bank Officers Federation has demanded merger of regional rural banks (RRBs), popularly known as gramin banks, with their sponsor banks.

Punjab Gramin Bank is one of the RRBs operating in Punjab having 422 branches across the state. It registered a net profit of Rs 50.68 crore in 2019-20.

“Since the formation of RRBs in 1975, they have provided yeoman’s service to the economy, especially for the uplift of downtrodden and rural people. However, with the advanced technology used by public sector banks and private banks, the gramin banks are feeling the heat with over a dozen of the RRBs running into losses,” said Pali Ram Bansal, general secretary, Punjab Gramin Bank Officers Federation.

“The merger of RRBs with the sponsor bank will have an increased network in the rural areas and the RRBs will benefit by the advanced technology and experience of sponsor bank managements,” he said.

Bansal wondered why the gramin banks were still kept as separate entities despite the fact that in a majority of cases the sponsor bank and the RRBs are competitors.