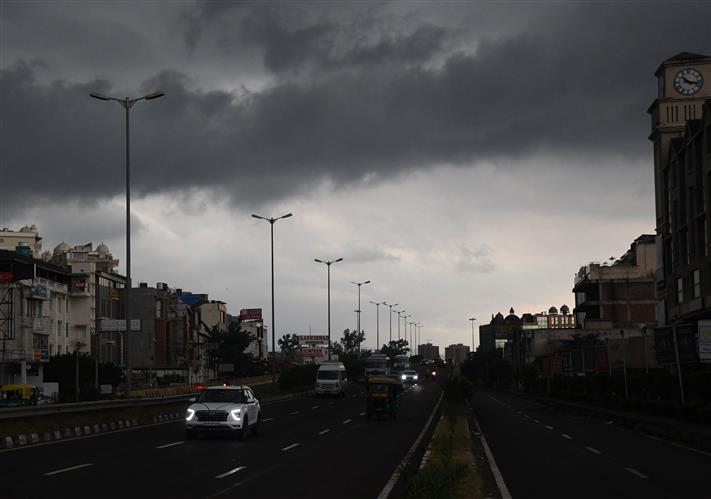 Vehicles move with their headlights on after rain on the Panchkula-Zirakpur highway on Sunday. TRIBUNE PHOTO: NITIN MITTAL

Today was not only the coldest October day in the city ever since the observatory came into being in 2011 here, the day also saw the highest 24-hour rainfall in October since 2004. The maximum temperature today dropped to 19.3°C, 12 degrees below normal. Before this, the lowest maximum temperature recorded in the city was 24°C on October 18 this year.

The Met Department has, however, not compiled the data regarding the all-time lowest day temperature in the city. The UT today saw 27.2-mm rainfall in 24 hours. Before this, the highest 24-hour rainfall of 129.16 mm was recorded on October 12, 2004.

“Due to another western disturbance, good rain was reported. The weather is likely to be dry now,” said Manmohan Singh, Director, Chandigarh Meteorological Department.