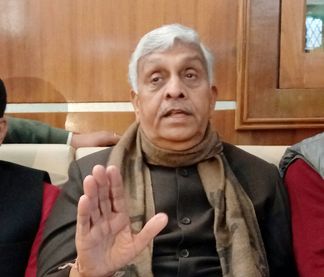 Senior BJP leader Tikshan Sood today alleged a scam in the auction of land belonging to the Industries Department in Mohali.

Addressing a press conference, he said, “The land was initially allotted by the PSIDC to a unit, but it was returned to the government after the closure of the company. It was bought by a real estate firm through an auction for Rs 120 crore. The firm illegally obtained permission and sold it in 25 plots.”

Denying all allegations, Industries Minister Sunder Sham Arora said: “Tikshan is making such false statements just to gain cheap publicity. There’s no truth in it and these allegations are politically motivated.” — OC