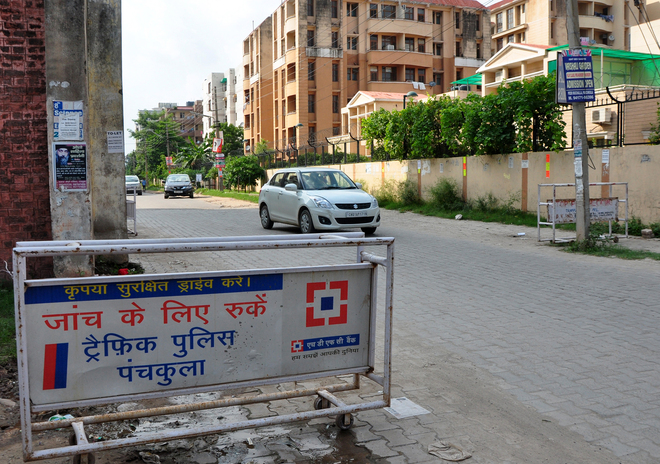 After the Ministry of Home Affairs in its fresh guidelines stated that there should be no restrictions on inter-state movement of persons and goods, Panchkula (City) Sub-Divisional Magistrate Dheeraj Chahal said they were yet to receive orders from the state government for de-sealing of district borders with Chandigarh. At present, there is no restriction on entry into Panchkula from some areas, including the Housing Board.

“We just inquire those who try to enter into Panchkula during curfew hours. During the day, there is free movement of people,” said a Head Constable who has been deployed at one of the district borders. “There is no official order and no restriction on movement of people. Nakas will remain in place for surveillance,” said another senior official.

Deputy Commissioner Mukesh Kumar Ahuja prohibited movement of individuals between 9 pm and 5 am in the district. — TNS