Mess of Cong’s own making : The Tribune India

Mess of Cong’s own making

Should not have mixed up issues regarding Young Indian & Associated Journals 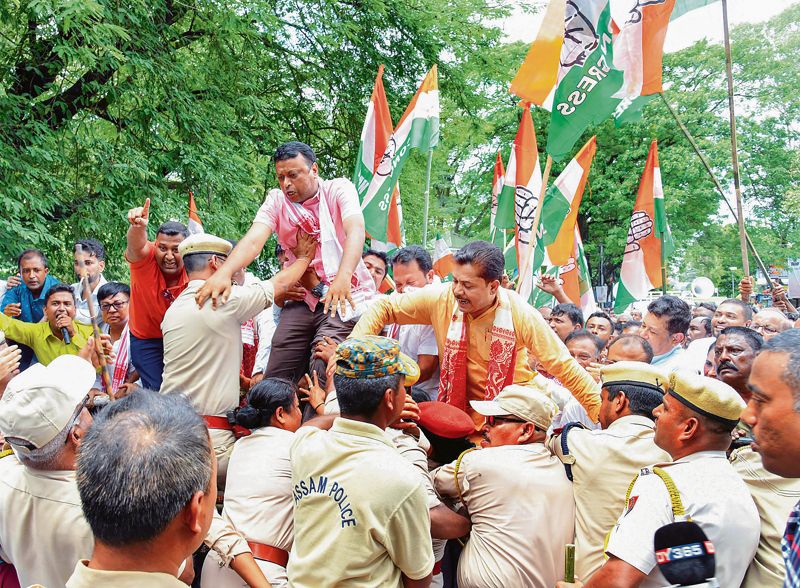 SELF-GOAL: Can the party’s widespread protests wipe out the impression that Sonia and Rahul have acquired AJ’s properties in a questionable manner? PTI 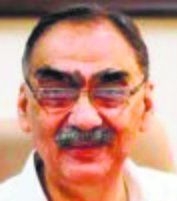 THE Young Indian-Associated Journals (YI-AJ) matter is a self-goal by the Congress leadership. The zeal displayed by the Enforcement Directorate (ED) in questioning Congress president Sonia Gandhi and former party president Rahul Gandhi on this subject may be excessive. The ruling dispensation may also be exploiting the issue for political purposes. However, it is indisputable that the party leadership failed to anticipate that setting up YI, and using it to control AJ, would become controversial and embarrassing, besides landing it in court.

The party leadership failed to anticipate that setting up YI, and using it to control AJ, would become controversial and embarrassing, besides landing it in court.

The YI-AJ matter was brought to public notice in 2012 through a complaint that Congress leaders, principally Sonia and Rahul, had wrongfully acquired control over AJ through YI. That matter is ongoing in the courts. When reports first appeared on this issue in 2012, I learnt that my grandfather, Kailas Nath Katju (KNK), was one of the original promoters of AJ when it was set up in 1937. KNK had established an extensive legal practice in the Allahabad High Court and had joined the Congress at a young age. In 1937, he was a minister in the then United Provinces government led by Govind Ballabh Pant. That government came to office under the Government of India Act, 1935, which gave provincial autonomy to British Indian provinces. United Provinces was renamed Uttar Pradesh in 1950.

The purpose behind AJ’s establishment was to acquire a forceful voice for the Congress at a time of great change in the country; the struggle for freedom was moving ahead. AJ launched the National Herald, Navjeevan and Quami Awaz. The driving spirit behind the newspapers was Jawaharlal Nehru but other Congress members also expressed themselves in its columns. In an unpublished autobiography, KNK mentions that in 1940 he wrote frequently for the National Herald, signed articles as well as editorials, mainly on provincial subjects. These issues included denouncing government’s attempts to make more revenue out of alcohol sales and its approach on the ‘war effort’. He also wrote critically on ‘great and powerful Dewans in Indian States (meaning Princely States) owing no allegiance to the Ruler nor affection to (sic) the States people, being outsiders’. This led to a controversy on which Mahatma Gandhi commented in the columns of the Harijan.

In an article in 2012, in a national daily, I had expressed the view that it would have been preferable if YI and AJ issues had not been mixed up. There was little doubt that the YI-AJ matter would be taken to the courts and the Congress leadership would have to answer questions. Time has shown that this apprehension has come true. Over the years, it has also been alleged that the Congress leadership gained control of AJ’s property for personal benefit. This may not be true but it has led to doubts being sowed in sections of the public about its motivations in setting up YI.

All this was avoidable if only the Congress leadership and its advisers had kept in mind that while a not-for-profit company, like YI, may not lead to pecuniary benefits for its shareholders, it was not the best way to resolve AJ’s problems. Did the Congress leadership confuse trusts and not-for-profit companies, for both cannot give any financial benefit to their promoters? The Nehru-Gandhi family runs a number of trusts. This has been going on for a long time. A trust was set up in the memory of Kamala Nehru to build a hospital in Allahabad (now Prayagraj). Gandhi laid its foundation stone and inaugurated it in 1941. Through the decades, it has continued to serve the people of the city and the surrounding areas. The first list of trustees included, among others, Nehru, Pandit Madan Mohan Malaviya, Jamnalal Bajaj, Dr Jivaraj Narayan Mehta, Dr Bidhan Chandra Roy and KNK.

In memory of PM Rajiv Gandhi, the Rajiv Gandhi Foundation was established in 1991 and the Rajiv Gandhi Charitable Trust in 2002. Sonia chairs both the foundation and the trust. Rahul and Priyanka Vadra are trustees of the foundation. Other trustees include some Congress luminaries. In case of the trust, Rahul is also a trustee. According to the trust’s website, its vision is to ‘strive for an equitable and just society by opening the doors of opportunity for the self-advancement of the poor and the deprived’.

Both the Rajiv Gandhi Foundation and the Rajiv Gandhi Charitable Trust were set up ab-initio not by acquiring control over other institutions, let alone companies. What may be standard practice in the commercial world should hardly have been the path taken by a political party leadership to address the woes of a loss-making company which was the vehicle to spread its views. Surely, the political and financial experts in the Congress and its leadership itself should have been savvy enough to perceive the possibility of, if nothing else, misapprehensions being generated because of the adopted course.

Despite the Congress’s defence that YI is a not-for-profit company, there is an impression in some sections of the people that Sonia and Rahul have acquired AJ’s properties in a questionable manner. There are others who think that laws may have been broken to do so. Can the Congress’s widespread protests easily wipe out these impressions, especially in these ideologically and politically contentious times? This is all the more because reasoned debate and discussions have given way to invectives and innuendoes in India’s political discourse.

Would the promoters of AJ, which was a noble enterprise, ever have contemplated that one day the Congress leadership would be probed by a criminal investigative agency, be accountable in courts of law and public opinion over it? The very thought would have devastated them.