China seeking to challenge US hegemony by following American tactics 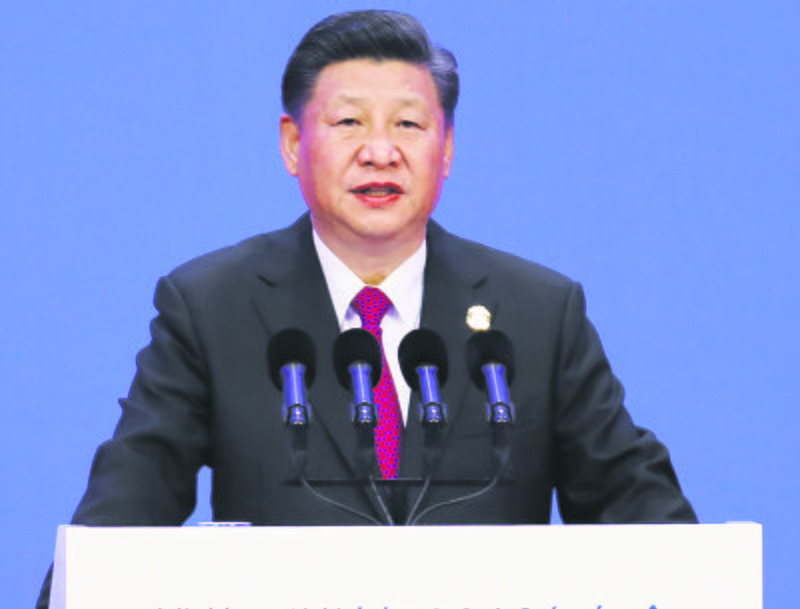 Between the lines: The Boao remarks are a critique of US international politics. AFP 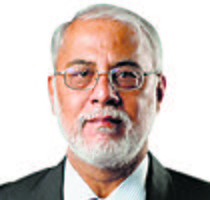 Last week, in a video speech to the annual Boao Forum that takes place on Hainan island every year, President Xi Jinping proposed a new Global Security Initiative which would be based on the principle of ‘indivisible security’. At first sight, few would take issue with the notion that everyone’s security matters and that promoting your security at the expense of another’s is the short route to everyone’s insecurity.

China’s advocacy of territorial integrity of states has come apart by the invasion in Ukraine which it refuses to condemn.

Xi’s timing is suspect. It comes two months after the Russian invasion of Ukraine and three months after Russian Foreign Minister Sergei Lavrov invoked the commitment to ‘indivisible security’ based on a 1999 charter of the Organisation for Security and Cooperation in Europe that includes the US and Canada.

Xi has repeatedly spoken on common and comprehensive security, an early instance being the 4th summit of the Conference on Interaction and Confidence-Building Measures in Asia in 2014. His predecessor Hu Jintao advocated the ‘community of common destiny’ as a new framework for international relations. But read between the lines of the Boao remarks and what you have is a critique of contemporary international politics as practiced by the US.

Xi said, ‘We should uphold the principle of indivisibility of security, build a balanced, effective and sustainable security architecture and oppose the building of national security on the basis of insecurity in other countries.’ This required upholding ‘the sovereignty and territorial integrity of all countries’, as well as non-interference in the internal affairs and ‘development paths’ and social systems of different countries.

In line with this, it was important to ‘reject the Cold War mentality, oppose unilateralism, and say no to group politics’. The key was to ‘oppose the pursuit of one’s own security at the cost of others’ security’, settle disputes through dialogue and consultation, and ‘oppose wanton use of unilateral sanctions and long-arm jurisdiction’.

What Xi is calling for sounds eminently rational and beneficial for the world at large. The problem is that his solutions are for a world that does not exist. Nations may be formally equal, but in reality they differ in terms of their economic and military power and their ability to manage their own destiny on the basis of sovereign equality. The real world’s politics is about the constant jostling for power and influence where powerful nations seek to advance their economic, technological and military capabilities to protect and further their national interest.

The lesson for most countries has been that the only way to deal with power is to counter it with power. You need to deter potential aggressors by acquiring military capabilities, and if you can manage, nuclear weapons. Or you can bandwagon with powerful countries and seek their protection through bilateral or collective security arrangements.

The idealised concepts that Xi has put forward in his initiative appear to be a too-clever-by-half response to the developments arising from the Russian invasion of Ukraine, a charter member of the UN. Here, the long-standing Chinese advocacy of sovereignty and territorial integrity of states has just come apart by a military invasion which Beijing steadfastly refuses to condemn.

The reality is that notwithstanding UN ideals, the global system is based on US hegemony. Despite its setbacks and travails, the US remains the dominant power at the two ends of Eurasia, as well as the Indian Ocean Region. The Americans make no bones about their desire to remain number one and their national policy is aimed at asserting their primacy.

The Chinese are seeking to challenge US hegemony not by the ideals Xi describes, but by hewing closely to the US model. They have already shaped a geoeconomic sphere of influence in their periphery and beyond and are now developing the military capacity to match it. Beijing follows US tactics, whether on the coercive use of military power, as it had against India in 2020, imposing sanctions, as it did against South Korea, Japan and Lithuania, or insisting on the long-arm jurisdiction of its domestic law.

On paper, China professes multilateral approaches over unilateral ones. It talks of mutual respect and ‘win-win cooperation’ as being its guiding principles. But in straightforward terms what the Chinese and the Russians, and probably even us Indians, prefer is the notion of ‘sphere of influence’ where the big powers informally agree to defer to each other’s regional interests. The problem they run up against is the US, whose interests are global and which is ever ready to challenge regional hegemons.

In 2013-2014, Beijing sought to persuade Washington to build ‘a new model of major country relations’ which would have the US recognise and respect Chinese ‘core interests’, which includes Taiwan, Tibet and Xinjiang and presumably the South China Sea. The Russians, too, have long wanted NATO and the US to recognise their Eurasian ‘sphere of influence’. Having failed, they have decided to forcibly create it through war, first in Georgia, now Ukraine.

US hegemony presents a paradox. It should lead countries to come together to check its power. But despite the US record of having devastated—Vietnam, Iraq, Afghanistan—countries in Europe and Asia still prefer to seek its cover. Even Vietnam finds itself drawn closer to the US when confronted with the rise of China. Some term this as ‘benign hegemony’ but probably geography, rather than any inherent US benevolence plays the important role here.