15 +ve; one death in Ludhiana district 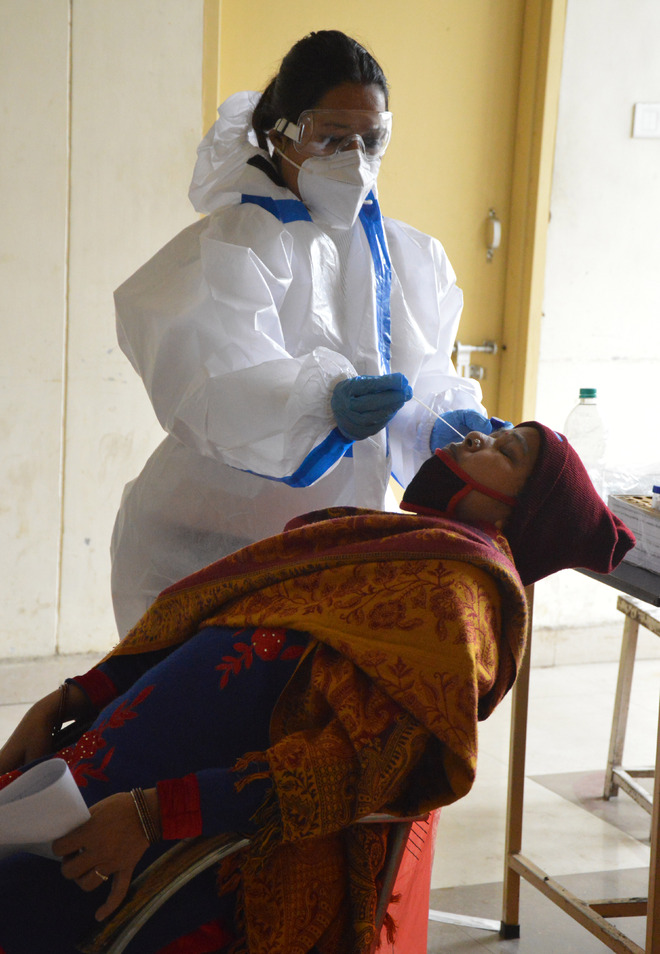 Fifteen persons tested positive, while one lost his life to Covid in the district on Monday. The total positive cases have now reached 25,117, while there have been 973 fatalities in the district since the Covid spread.

There were 294 active cases in the district, while 53 were home quarantined today. Two patients were on ventilator support and one belonged to Ludhiana district and one hails from outside Ludhiana.

The person who lost his life today was a 57-year-old female from Atam Nagar who was admitted in the DMCH and was also a patient of hypertension, diabetes and coronary artery disease.

Those who tested positive today included one person who was contact of a positive person, eight referred from the OPDs and flu corners, one inter-state traveller, two patients of SARI, while the tracing of three was in progress.

Till now, 23,847 patients have recovered from Covid in the district. 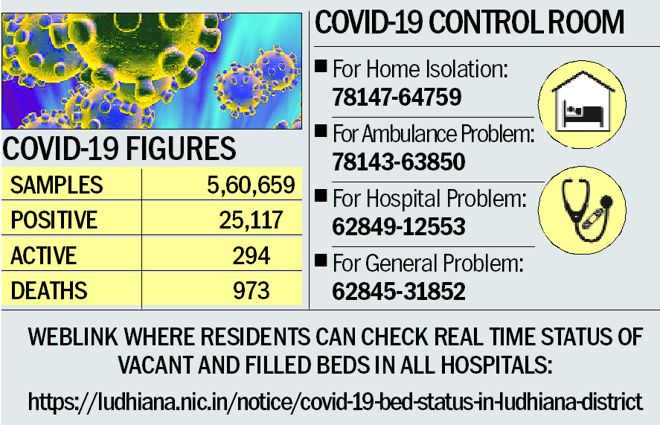 Civil Surgeon Dr Sukhjeevan Kakkar said awareness and information was the only key to prevent this disease. He added that anyone and everyone could prevent this disease with a few basic precautions such as maintaining adequate social distance, washing hands with soap and water and wearing mask.

Deputy Commissioner Varinder Kumar Sharma appealed to the residents to adhere to all safety protocols listed by the government.