The infection tally in the city rose to 6.32 lakh 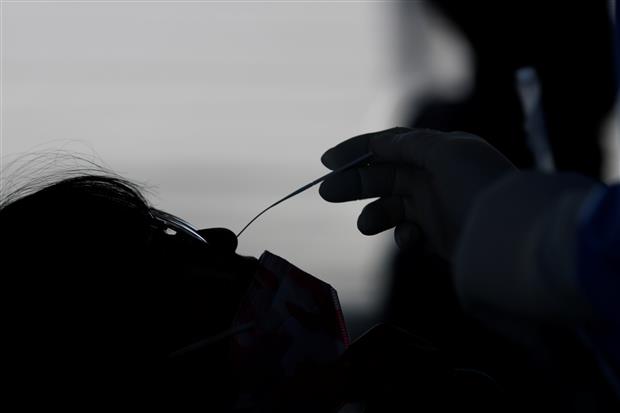 Delhi recorded 299 fresh COVID-19 cases and six more deaths on Saturday, even as the positivity rate slipped to 0.42 per cent, authorities said.

The massive COVID-19 vaccination roll-out exercise kicked off across the country on Saturday.

The infection tally in the city rose to 6.32 lakh and the death toll mounted to 10,738 with six more fatalities, the authorities said.

This is also the 13th time the daily incidence count stood below the 500-mark in January, and the seventh consecutive day since January 10 when the figures have stood below the 400-mark.

On January 15, the city had recorded 295 cases, the lowest I'm more than eight months.

The active cases tally on Saturday dropped to 2,691 from 2,795 the previous day, while the positivity rate dropped to 0.42 per cent.

Delhi Health Minister Satyendar Jain had earlier said that the positivity rate had been below one per cent for the past several days, indicating improvement in the pandemic situation here.

These 299 new cases came out of the 71,957 tests conducted the previous day, including 40,717 RT-PCR tests and 31,240 rapid antigen tests, according to the latest bulletin issued by the Delhi health department.