Haryana will have to reassess its housing priorities 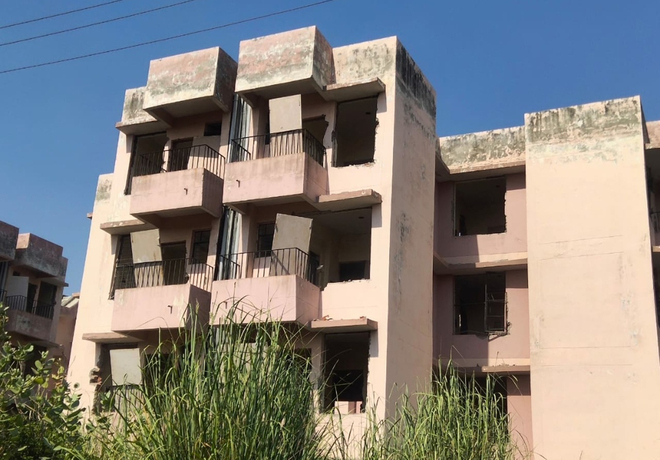 The failure of the authorities in Haryana to allot flats meant for BPL families in Bahadurgarh shows how the government machinery functions when it comes to implementing schemes on the ground. The flats, constructed under the Jawaharlal Nehru National Urban Renewal Mission (JNNURM) at a cost of Rs 25 crore, have been awaiting allotment since 2015. In the intervening five years, thefts have taken place with windows and iron railings having gone missing from the houses. It is only now that a team has been formed to finalise the eligible candidates because the district administration is yet to send the list of beneficiaries. The indifference is also apparent from the fact that along with maintenance, security of the flats was entrusted to the contractor.

Bahadurgarh is an industrial town with proximity to Delhi and Rohtak with a large working class population that caters to business and industries in the area. In fact, there are other cities in Haryana like Faridabad, Gurugram and Sonepat that have been favoured as residential hubs because of their locational advantage. While housing schemes are planned keeping in view the growth in population and income slabs, failure to execute it timely points to bottlenecks underlining the need for remedial steps. Besides identifying the beneficiaries, credit facilities and subsidy, if provided for, has to be ensured. Also, clearance by the nodal agency for giving possession is required.

The JNNURM was conceived to give impetus to urban infrastructure and services. Its aim was to make cities ‘efficient, equitable and accountable’ by making them partners in economic and social development and ensuring inclusive growth. But the aim of the ambitious scheme itself is under a cloud now with the pandemic and the lockdown having seen the migration of the workforce from the cities in large numbers, defeating its very purpose. Accordingly, plans chalked out for these sections are likely to get affected. With economic activities yet to gather steam, there is uncertainty over the return of the workforce and the government may well have to rethink its priorities to ensure its aims are achieved.