Alia Bhatt dances to Ranbir's song as Ranveer and others watch 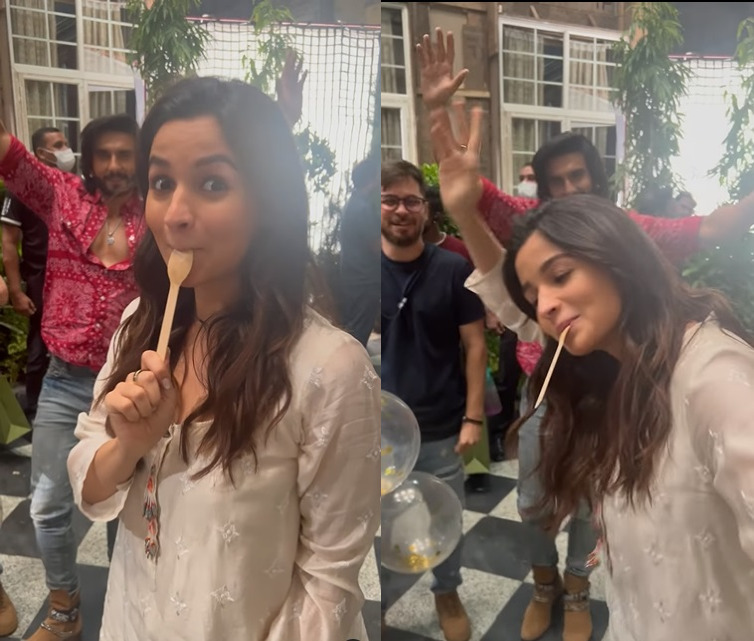 Actor Alia Bhatt has finished shooting for her film 'Rocky Aur Rani Ki Prem Kahani, which is being helmed by none other than Karan Johar.

On Tuesday, Karan took to Instagram and shared a cute video. In the clip, Alia is seen with the cast and crew of the film as she enjoys her last day on the sets. Film's lead actor Ranveer Singh also marked his cool presence in the clip.

And undoubtedly the best part of the video is Alia bidding to team in her hubby Ranbir Kapoor's style.

"Adorable," another one wrote.