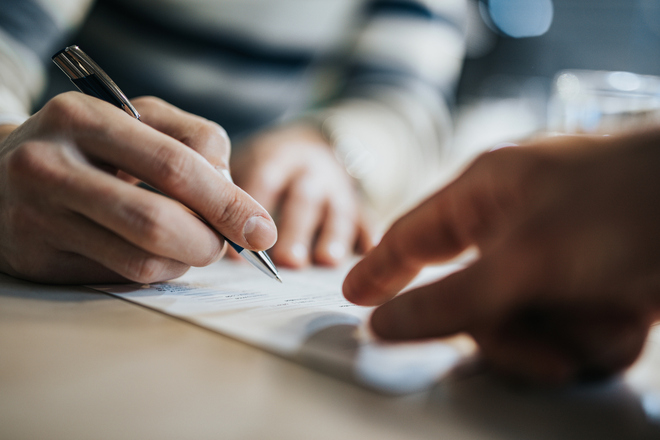 Ten years ago, I bought a flat with a home loan from a bank. Three months ago, I repaid the entire loan and asked the bank to return the sale deed, which it had kept as collateral. However, the bank denied ever having received the sale deed from me! I am worried because that’s the most important document of ownership. Please advise.

The bank has probably lost the sale deed. Hence, it’s now trying to escape liability by saying that you never gave them the paper. Without collecting the sale deed, how could it have ever given you the loan in the first place? Besides, the bank always has to give the customer the list of documents submitted to it for obtaining the loan. I am sure the sale deed is also listed there. So send a copy of that to the bank as proof of their having taken the sale deed and ask them to return it to you.

As per the minimum standards of banking practices, drawn up by the Banking Codes and Standards Board of India, the bank should return the sale deed and other documents collected from you, within 15 days of your repaying the loan. For any delay, the bank has to compensate you. In case of loss of paper, the bank has to also help you get duplicate papers, at its cost.

Are there any recent orders of the consumer court that I can quote in my complaint?

In State Bank of India vs Vallu Sowjanya (RP No 4550 of 2013, date of order October 21, 2020), the National Consumer Disputes Redressal Commission looked at a similar case. The complainant here had taken a loan of Rs3,50,000 to buy a house. After repayment of the loan, when she asked the bank to return the original sale deed, the bank denied having ever received them, forcing the consumer to go to the consumer court for relief.

The bank’s argument was that the customer executed an agreement to deposit the original deed within 14 days, but it was never done. Usually they release the loan only after the sale deed/title deed is deposited, but in this case, it was done without it and later it was not followed up! The consumer, on the other hand, showed a copy of the agreement of mortgage specifically mentioning that mortgage was by deposit of sale deed. The consumer courts at the district and state level asked the bank to return the original deed, along with a compensation of Rs50,000 and costs of Rs10,000.

The apex court modified this order saying that although the complainant had deposited the sale deed, it was apparent that the bank did not have it. The commission asked the bank to issue a certificate that the original deed was lost, pay the amounts awarded by the lower consumer commissions and additionally, pay Rs1 lakh to compensate the consumer for the decrease in the value of the property on account of the loss of original papers.

In Sheel Sohal vs Axis Bank (CC No 1021 of 2016, order dated January 8, 2018), the commission awarded a compensation of Rs10 lakh, keeping in mind not only the erosion of the value of the property, but also the fact that it would become difficult for the owner to mortgage the property and take a loan without the original title documents.