From the realm of cookbook writing, women chefs have entered the commercial kitchens of hotels and restaurants, and how! 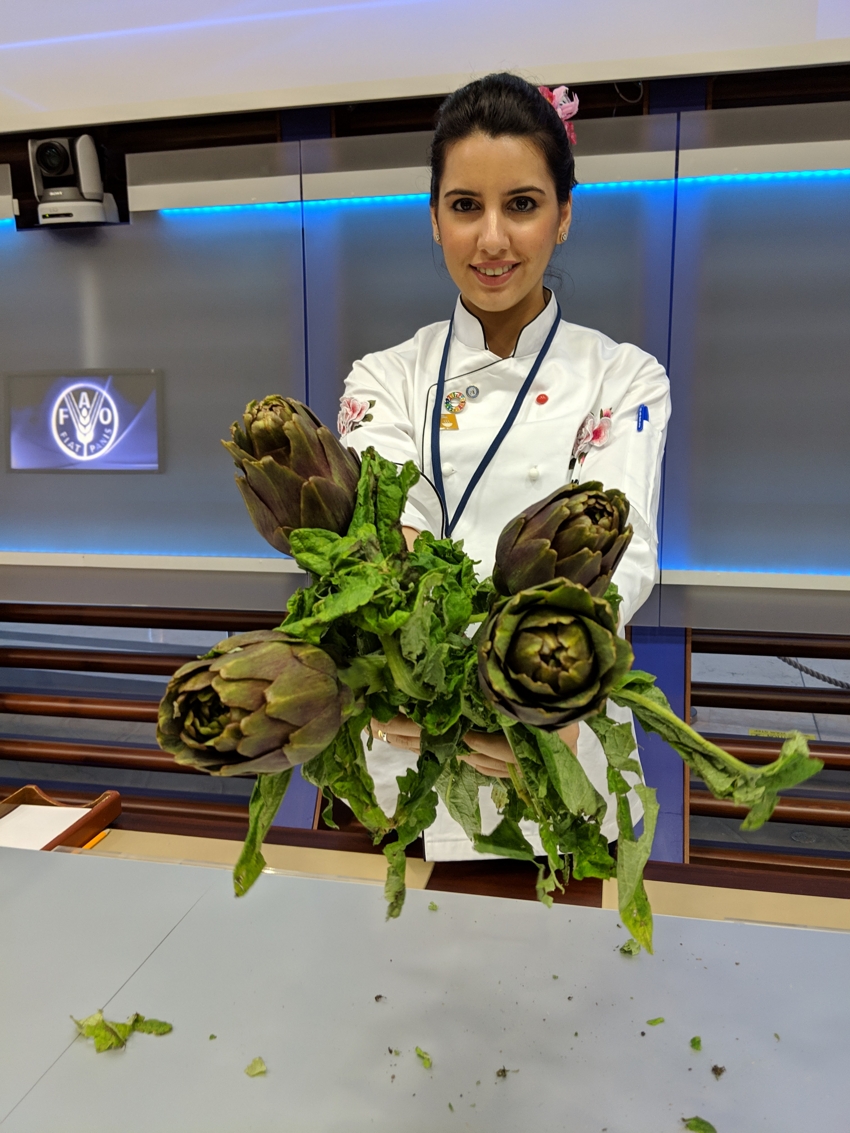 When boys are busy playing with bows and arrows, slingshots and toy guns, girls are routinely gifted with dolls and miniature kitchen sets to encourage them to excel in their stereotyped roles. Even in myths and legends, it is the women who are expected to feed the family and unexpected guests, while the menfolk are away on epic adventures. According to a story in the ‘Mahabharata’, Draupadi somehow managed to cope with this challenge thanks to a magical akshaypatra blessed by Lord Krishna. However, the reputation for glamorous cooking seems to have been the preserve of princes like Bhima and Raja Nala.

We have not yet entirely gotten rid of the patriarchal mindset which reiterates that the rightful place for a woman is within her house. She may rule the domestic kitchen, but daren’t dream of a career as a chef. For long, all kinds of excuses have been brandished as reasonable objections. Hotels and restaurants have impossibly long working hours that put family life under stress. The male-dominated work environment is not easy to endure. The kitchen brigade isn’t inclined to listen to the commands of a superior perceived as ‘soft’.

Neither are such prejudices prevalent in just the food world, nor are they confined to India alone. Just review the list of Michelin-starred chefs, and gender bias is glaringly obvious. Fortunately, as the song goes, “The Times They Are a-Changin’.”

The ground was prepared by ladies of grit and vision. Bhiku Maneckshaw, with her impeccable Cordon Bleu credentials, is recognised as the grand dame among women chefs. For many years, she was associated with the India International Centre and left an indelible imprint on its menu. Thangam Phillip was an inspiring teacher and a motivating mentor who served as the principal of Institute of Hotel Management (IHM), Mumbai. Her mission was to teach and train aspiring chefs. This was the reason that she opted out of a career in the hospitality ‘industry’.

Other pathbreakers deserve a mention too. Mrs Balbir Singh and Madhur Jaffrey dispelled many a myth through their cookbooks (mouth-watering TV programmes, too, in the case of Ms Jaffrey). These ladies proved their knowledge and expertise. It was not just women from the English-speaking elite that strove. Janaki Ammal, author of the Tamil classic ‘Semitu Par’ (Look, See, Cook), written primarily as a guide for the young uninitiated brides, also provides instructions for cooking on a large scale to enable the housewives to cope with the challenge of cooking for weddings and other family celebrations.

From the realm of cookbook writers and impresarios of Indian cuisine to the commercial kitchens of hotels and restaurants, there is no dearth of women chefs who have brilliantly shone in recent years. What is remarkable is that these talented young women are not deterred by obstacles and barriers and have carved a niche for themselves through stellar performances. The playing field may not be level, but they have emerged victorious.

A mention of Bengal always reminds us of the formidable Tibetan chef Doma Wang, the creator of Blue Poppies, who is better known as the ‘Queen of Momos’. She actually serves much more than momos. Blue Poppies is now open in Siliguri also.

Ritu Dalmia, who won laurels with Diva and the cafeteria run by her at the Italian Embassy Cultural Centre, struck the limelight a few years back and has since not looked back since. A self-taught chef, she unabashedly calls herself an alpha female and runs a tight ship.

Neeta Nagrajan started off many moons ago as a young graduate from IHM to breach what was then a male bastion. She reached the pinnacle of her profession as corporate executive chef for the Jay Pee chain of hotels via a long scenic route that included a distinguished career with the Taj group. Manisha Bhasin belongs to the generation after Neeta and is the present corporate executive chef at the ITC Hotels. She keeps a low profile, but is highly respected for her knowledge of different cuisines and administrative skills.

It is interesting to note that the young women who have followed these seniors have carved their own niche for themselves. Having worked in five-star hotels, many of them have opted to become entrepreneurs and opened restaurants of their own, the desire to excel and evolve constantly being common to them.

Megha Kohli has figured in the prestigious Condé Nast list of 40 chefs under 40 and won the Times Best Chef of the Year award. Trained in kitchen craft and management from the Oberoi group and mentored by Chef Saby Gorai at Lavash in the Capital, Megha received high praise from discerning diners and critics as head of the kitchen at the latter, an Armenian specialty restaurant. She has really blossomed in a short span of time to embark on a new creative journey recently. We eagerly await what she will do next.

Reetika Gill hides her illustrious lineage well, but is truly a chip of the old block. Her father, Chef Manjit, is a living legend, a mentor to scores of Indian chefs. Reetika has launched the Curry Singh’s Kitchen in Gurugram. It serves Punjabi delicacies cooked in refreshingly different ‘home style’ repertoire that is encountered even in deluxe eateries. She is committed to the philosophy of zero waste and zero transfers. She serves plebeian veggies like shalgum and tinda along with aloo-wadian and home-style curries with great panache.

Anahita Dhondy, born in a Parsi family settled in Delhi, loved to linger in the kitchen and ‘help’ her mother while tinkering with pots and pans. School over, she headed for the IHM in Aurangabad and graduated with distinction. She is well known as the ‘partner-chef’ at Soda Bottle Opener Wala, the restaurant chain specialising in Parsi cuisine that created waves at Khan Market in Delhi and CyberHub, Gurugram. Her smiling visage and stress-free style of operation has endeared her to all who have worked with her. Never deterred by unforeseen calamities, she branched into takeaways when the Covid lockdown was announced. Joining hands with her mother, Anahita diversified into substantial snacks like burgers and sandwiches.

I feel the ‘takeaway zone’ is where most of the culinary action is underway. In the NCR, Faujia and ‘Amma’ Jalali cook and serve 150 meals a day. These two ladies from Rohilkhand have earned an enviable reputation through a series of food fests in star hotels with an impressive display by the saas-bahu team.

Then there is Sirattiya Bora, a Thai lady who fell in love with a food-loving Bengali while studying art in England a decade and a half back. To cut a long and very interesting story short, she decided to become a chef as she felt cooking was her calling. Last year, she launched AROI, a virtual restaurant from the rooftop kitchen of her fourth floor flat in Indira Puram, Delhi. There has been no looking back since. She serves Thai recipes as well as traditional Bengali delicacies, working almost 24x7 and has not only loyal patrons but considerable fan following.

Karen Yepthomi hails from the North-east, where patriarchy doesn’t fetter the girl child. She has brilliantly unveiled the Naga culinary repertoire at Dzukou in Vasan Kunj, Delhi, and her restaurant in Kathmandu.

This is just scratching the surface. We have had to leave out talented chocolate makers and patisseries, like Gayatri Peshawaria in Amritsar, and the legion of home chefs. Need we add something more? Well, it is not only amma’s ghar ka khana that memories are made of, what young Indian ladies are dishing out as professional chefs is no less memorable.