​NIA conducts raids at houses of 2 gangsters in Gurugram : The Tribune India

​NIA conducts raids at houses of 2 gangsters in Gurugram 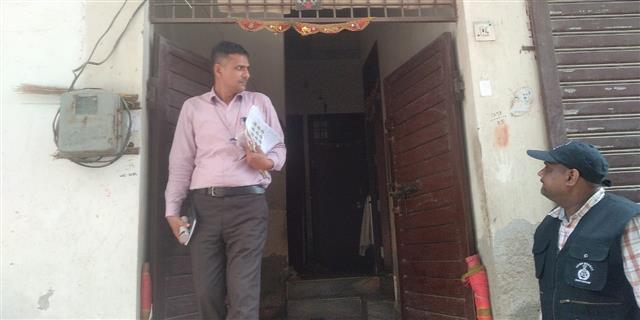 The National Investigation Agency (NIA) on Monday carried out raids at the houses of two gangsters in Naharpur Rupa village here.

The Gurugram local police along with crime unit teams went with the NIA officials.

The NIA officials reached here at around 5:30 am and conducted raids at the houses of Kaushal Chaudhary and his close aide Amit Dagar and Sandeep alias Bandar.

A board was fixed at the front of Kaushal’s house with ‘Kaushal Chaudhary, coloniser and developer private limited’ written over it.

According to sources, the NIA officials inquired about the details of the ‘private limited firm’ of Kaushal. The investigation went on for about half-an-hour after which, the officials went to Dagar’s house.

The NIA is conducting raids in Haryana, Punjab and Delhi in connection with a case related to narco-terrorism by alleged gangsters, some of whom were also involved in the killing of Punjabi singer Sidhu Moosewala.