The case is in the final arguments stage; no effective hearing could take place on the last 10 dates owing to the Covid pandemic 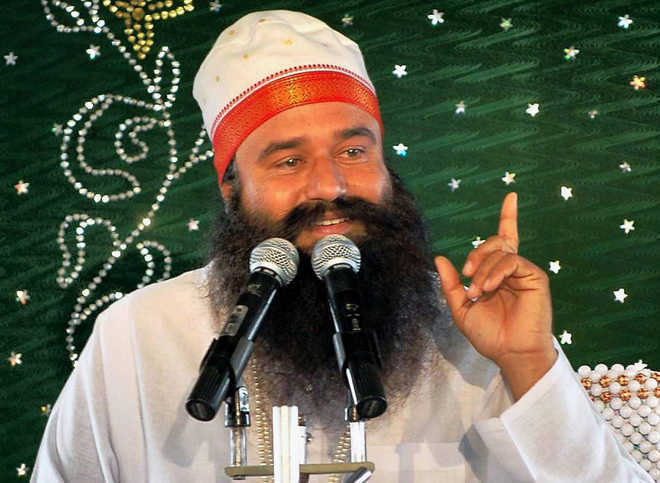 In the Ranjit Singh murder case, one of the oldest murder cases in Haryana, the CBI Special Court issued notices to Dera Sacha Sauda chief Gurmeet Ram Rahim Singh and other accused for conducting proceedings though video-conferencing (VC).

No effective hearing could take place on the last 10 dates, since March 21, due to the Covid pandemic. At present, the case is in the final arguments stage.

During a hearing on October 23, CBI counsel HPS Verma submitted that the arguments on behalf of the prosecution had already been completed and thereafter defence started its arguments. He added that an application under Section 311 of the CrPC was moved and thereafter one defence witness was also examined and now part arguments of the defence remained to be addressed.

He told the court that the present matter be put for further proceedings through video-conferencing till the physical hearing of the matter was made functional.

CBI Special Judge Jagdeep Singh ordered, “Keeping in view the stage of the matter and other attending circumstances, let notices be issued to the accused and their counsel to explore the possibility of conducting further proceedings through VC, if physical hearing of the matters does not get fully functional by the adjourned date.”

According to the CBI chargesheet, Ram Rahim had thought that Ranjit Singh, former Dera manager and resident of Kurukshetra, was behind the circulation of the anonymous letter alleging sexual exploitation of women followers in the Dera and hatched a conspiracy to kill him.

The murder took place on July 10, 2002. Along with Dera chief, Krishan Lal, Jasbir, Avtaar, and Sabdil are accused in the case. Another accused Indersain died in the first week of this month.

Ranjit Singh was returning on his motorcycle after serving tea to his father, who was working in the fields, at Khanpur Kolian village of Kurukshetra. On the way, four people fired at him and fled. He died of bullet injuries. Sabdil and Jasbir were identified among the four people. Sabdil was the gunman of Ram Rahim.

Earlier, in the rape case of women followers, which was registered following the anonymous letter, Ram Rahim in August 2017 was sentenced to 20-year rigorous imprisonment. In journalist Ram Chander Chhatrapati murder case, the same court had sentenced him to life imprisonment in January 2019.

The next date of hearing is November 5.