51 UK returnees entered Himachal in 4 weeks, 15 of them from Kangra 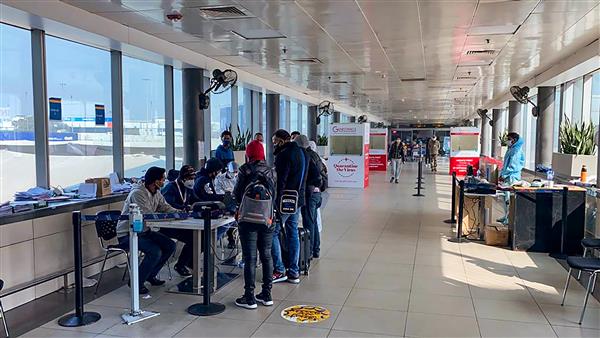 The government wants to ensure that returnees, if positive, follow due protocol

The Himachal Pradesh Government has issued an alert for 51 UK returnees to contact the local administration and get themselves tested for Covid.

With a new and more virulent Covid strain being detected in the UK, the government wants to ensure that all UK returnees were tested and due quanrantine protocol was followed.

As many as 51 returnees have been identified in the state who have arrived between November 25 and December 21. This comprises maximum 15 from Kangra, 10 from Sirmaur, six each from Solan and Shimla, four from Hamirpur, three each from Una and Kullu, two from Mandi and one each from Bilaspur and Chamba.

The tribal districts of Kinnaur and Lahaul and Spiti have no returnees, according to the list released by the government.

Solan Deputy Commissioner KC Chaman appealed to all the UK returnees who had entered Himachal from November 25 to December 21 to come forward and get themselves tested. Those failing to do so would invite punitive action, he warned.