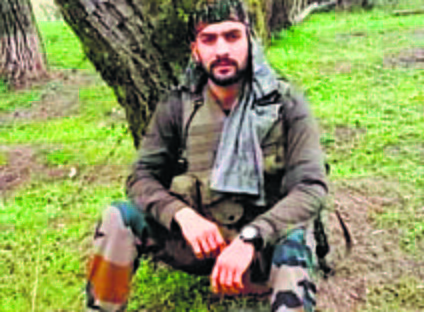 An anti-militancy operation at Kreeri in north Kashmir ended this evening after 36 hours with the killing of one more militant, taking the toll of ultras in the gunfight to three.

Two critically injured soldiers also succumbed to injuries. One of them, Prashant Thakur (24), is a native of Renukaji in Sirmaur district of Himachal.

The gunfight erupted on Monday after militants attacked a joint team of the police and the CRPF at Kreeri, Baramulla, leaving two CRPF men and a special police officer dead.

In the subsequent operation, two militants, including top Lashkar-e-Toiba commander Sajad Mir, alias Hyder, and his local associate Anayatullah Mir, were killed yesterday. The operation, which resumed this morning, ended with the killing of the third militant. IG (Kashmir) Vijay Kumar identified him as Usman, a Pakistan national and top Lashkar commander involved in the killing of BJP leader Waseem Bari, his father and brother in Bandipora last month. — TNS

The Hague Court ruled that conduct of Indian tax department ...