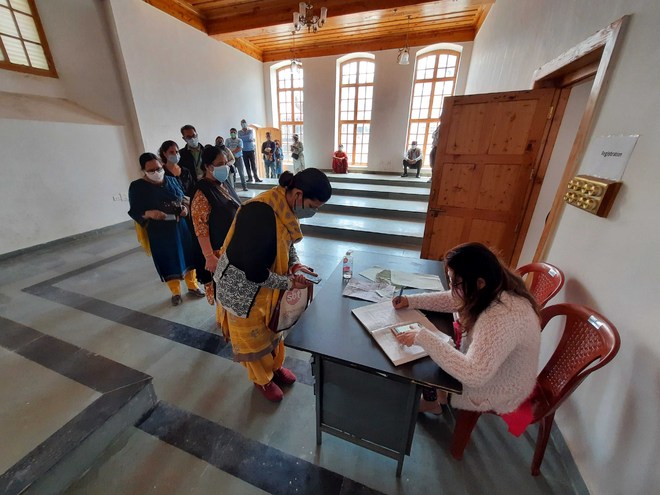 People stand in long queue for vaccination in Shimla.

“Himachal has been ranked at number one nationwide, as per the report of the Technical Group on Population Projections released by the Census of India in November 2019,” said Nipun Jindal, Project Director, National Health Mission (NHM). He added that as per the Census, 55.23 lakh people in the state are eligible for inoculation.

The vaccination drive for the 18 to 44 years age group will start on May 17 and 1.07 lakh doses have been received for the purpose.