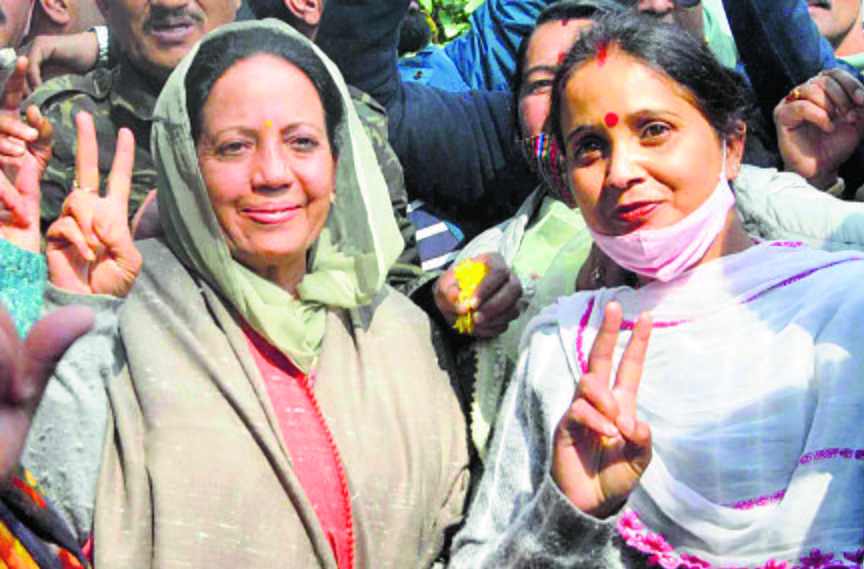 In a major setback to the ruling BJP in Himachal Pradesh, the Opposition Congress today won the Mandi Lok Sabha and all three Assembly seats of Jubbal-Kotkhai, Arki and Fatehpur where bypolls were conducted on October 30.

Every victory for the Congress is a victory of our party workers. Keep fighting hate. No fear. — Rahul Gandhi, Congress

The Congress retained Fatehpur and Arki seats while it wrested Jubbal-Kotkhai and Mandi from the BJP. In Mandi, former Chief Minister Virbhadra Singh’s wife Pratibha Singh, who had also represented the seat in 2004 and 2013, defeated BJP’s Brigadier Khushal Thakur (retd), a Kargil war hero, in a keenly contested election.

The poll debacle is being seen as a setback for CM Jai Ram Thakur, whose constituency Seraj too is part of the Mandi parliamentary segment. The BJP got the highest lead of 19,903 votes from Seraj. The drubbing in all the four seats could make the going tough for CM Thakur as his detractors could raise the demand for change in leadership.

Viewed as semifinals ahead of the Assembly elections next year, the Congress won despite facing a crunch of resources. Poll analysts claimed price rise and unemployment tilted the scales in favour of the Congress, though the sympathy factor too worked in favour of Pratibha, whose husband and six-time CM Virbhadra Singh had passed away on July 8.

They said infighting and rebel factor too damaged the BJP’s prospects, especially in Jubbal-Kotkhai (Shimla district) where Chetan Bragta (23,662 votes), son of former minister Narinder Bragta, contested as an Independent and relegated BJP nominee Neelam Seraik (2,644 votes), who lost her deposit, to the third position. Rohit Thakur (29,955 votes), grandson of former CM Ram Lal Thakur, of the Congress won by a margin of 6,293 votes.