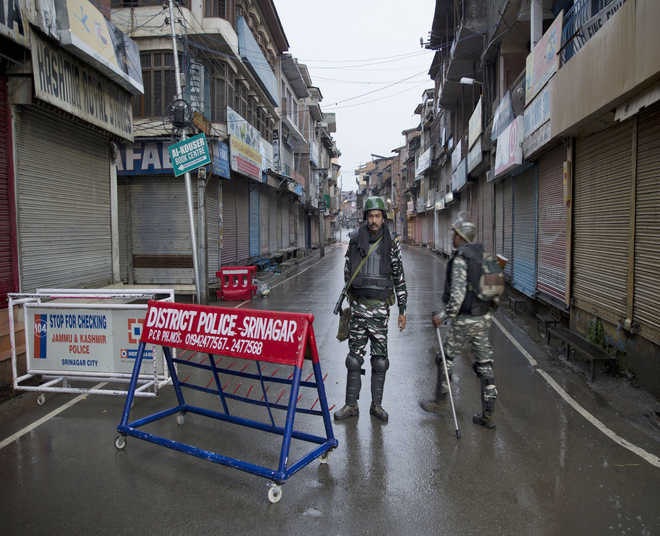 Two policemen were killed and another injured in a militant attack in Srinagar outskirts on Friday morning, officials said.

The attack took place at a time when Kashmir is on a high alert ahead of the Independence Day functions.

"The three were shifted to hospital where two succumbed to injuries,” a police officer said

The area was later cordoned off to trace the militants.

Inspector-General of Police Kashmir, Vijay Kumar, said that Jaish-e-Muhammad was responsible for the attack on the police party.

“The militants involved in the attack have been identified and will be neutralized soon,” Kumar said adding there was an input about possible attacks.

In the last three days, this is the second attack on security forces in Kashmir. On Wednesday a  soldier was injured when militants attacked Quick Reaction Team (QRT) of Army at Hygam along Srinagar- Baramulla national highway.