In 8 hours, another blast in parked bus rocks J-K's Udhampur : The Tribune India

The blast took place in a parked bus at the old bus stand in at around 5.30 am on Thursday

Udhampur/Jammu, September 29
A blast in a bus parked at a stand in Jammu and Kashmir's Udhampur city on Thursday morning, the second within hours, sent security agencies in a tizzy as they sounded a high alert, sources said. 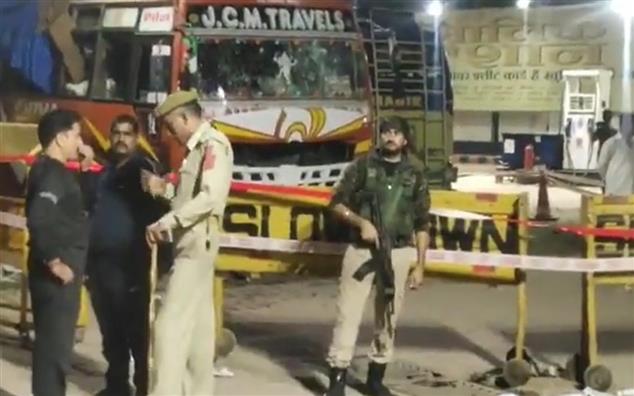 The roof and the backside of the bus were blown away by the blast that occurred around 5.30 am on Thursday but no one was injured, they said.

The incidents occurred just days ahead of the visit of Union Home Minister Amit Shah.

On Wednesday at around 10.45pm, a blast occurred in an empty bus parked near a petrol pump at Domail Chowk, injuring two people, sources said, adding the bus used to be parked at the spot daily.

The bus on which the second blast occurred had come from Basantgarh in Udhampur district and was on night halt at the bus stand. It was scheduled to leave for Basantgarh in the morning.

DIG of Udhampur-Reasi range Suleman Choudary said two to three buses have suffered damage in the blasts. "The nature of explosives and other things are under investigation. It needs a detailed probe," he said.

The people injured have been questioned and terror angle cannot be ruled out, the police officer said. An alert has been sounded by the police and people have been asked to check their vehicles for any suspicious items.

Personnel of the police and other security forces have cordoned off the bus stand and all vehicles are being checked thoroughly before allowing them to resume services.

All vehicles which left the bus stand before the blast occurred in the morning will be stopped at checkpoints and thoroughly checked, officials said.