Absence to be dealt with as per service rules 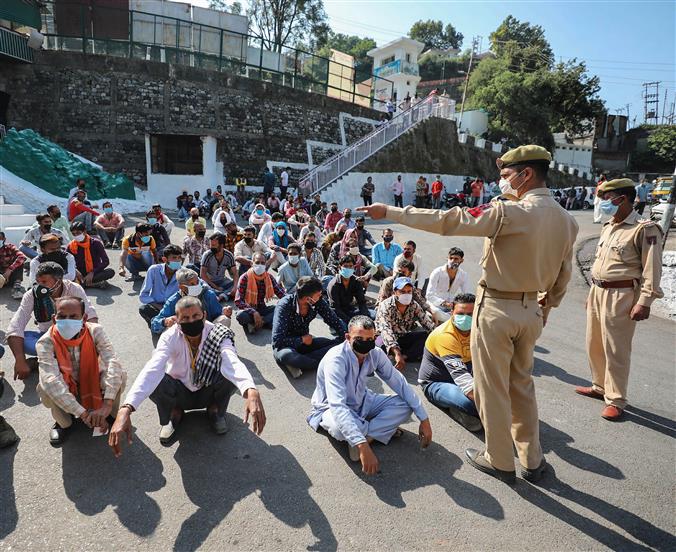 The J&K government on Tuesday directed Kashmiri migrant employees not to leave the Valley as security has been tightened for them, saying absence from duty will be dealt with as per service rules.

The authorities also impressed upon officers to preferably post these migrant employees in safe and secure zones for the time being.

Fear psychosis was triggered among over 3,000 Kashmiri Hindu employees living in seven different transit camps in the Valley due to selective and systematic killings of three Hindus and one Sikh by terrorists last week.

“The chair (divisional commissioner of Kashmir) directed that no migrant employee needs to leave the district/valley and whosoever will be absent (from duty) shall be dealt with as per service rules,” an order issued by Assistant Commissioner (Central) Aziz Ahmad Rather said.

The directions were issued after a security review meeting of deputy commissioners and SSPs chaired by Divisional Commissioner Pandurang K Pole in Srinagar. — PTI