Besides interest on amount paid, they would get Rs30K as relief 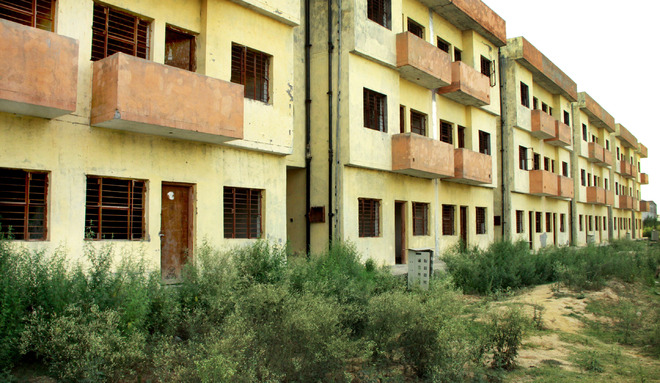 The JIT had launched LIG flats in 2009. file photo

In a big jolt to the Jalandhar Improvement Trust (JIT), the State Consumer Disputes Redressal Commission, in its recent order, has directed the JIT to pay Rs 1.7 crore to the 13 allottees of Bibi Bhani Complex.

The JIT had launched LIG flats for the lower income group family in 2009. Allotment letters were given in 2010 as per the terms and conditions mentioned in the allotment letter. The JIT was required to hand over the possession to successful allottees, but due to ill planning of the Trust, it could not hand over the possession of the flats to allottees within the stipulated time period. Subsequently, a large number of allottees filed a complaint in the District Consumer Disputes Redressal Commission, Jalandhar.

In a recent judgement, the commission also awarded 6 per cent interest on the amount given by allottees, Rs 30,000 as compensation and Rs 5,000 as litigation charges.

However, the allottees filed an appeal at the state commission and the commission enhanced the rate of interest from 6 per cent to 9 per cent, considering the lapses by the JIT in giving possessions of the flats to the allottees.

Besides, directions have also been issued to refund the amount along with interest at the rate of 9 per cent per annum from the date of allotment till realisation.

“Accordingly, the appeal is partly allowed and the impugned order is modified to the extent that the rate of interest as awarded by the District Commission is enhanced from 6 per cent to 9 per cent per annum, which shall be paid on the refundable amount as ordered by the District Commission from the respective dates of deposit till realisation. The amount of compensation (Rs30,000) and litigation costs (Rs5,000) would remain the same,” read the order.

The complainants had filed an appeal under Section 41 of the Consumer Protection Act, 2019, to challenge the impugned order passed by the District Consumer Disputes Redressal Commission. JIT was directed to refund an amount of Rs 6,51,482 as cost of the flat in dispute, which was paid by the complainant to the complainants along with interest at the rate of 6 per cent from the date of allotment till its final realization.

The possession of the flats was to be handed over to the allottees with all amenities with quality of standard construction. Admittedly, the possession of the flat was not handed over to the complainants (allottees) despite a lapse of about nine years from the date of allotment till the filing of the complaint. The complainants were aggrieved that the interest awarded by the District Commission was on the lower side and also that the complainants had deposited the entire amount of instalments as per the payment schedule mentioned in the allotment letter.

The complainant is entitled to get interest from the date of respective payments till realisation and also for compensation and litigation expenses, which were on the lower side.