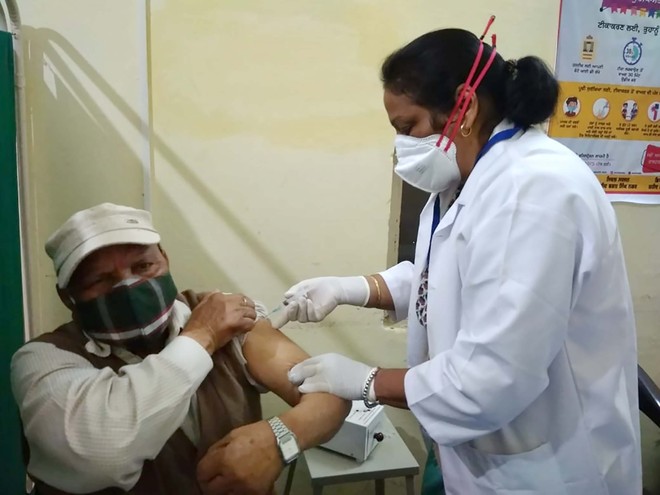 The district witnessed four casualties due to Covid-19, pushing the toll to 961 on Wednesday.

Besides, the district reported 345 fresh cases, taking the tally to 32,440. Of the fresh cases, as many as 62 patients belong to other districts. While 28,393 people have been discharged so far, there are 3,086 active cases in the district. 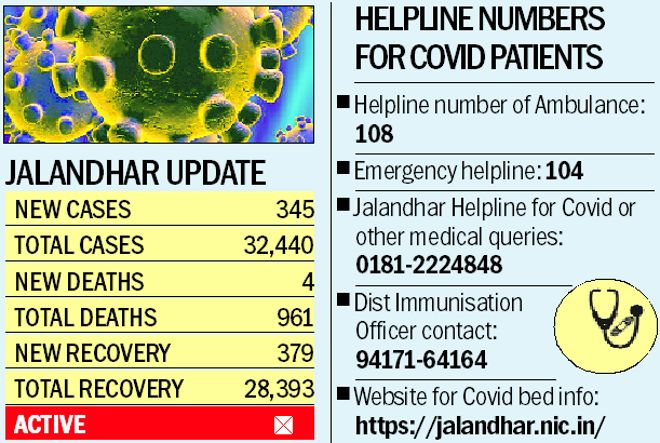 The district reported seven more deaths due to Covid-19, taking the toll to 599 on Wednesday. Besides, the district also witnessed 132 fresh cases, pushing the tally to 14,713. Giving information about Covid cases in the district, Civil Surgeon Dr Ranjit Singh said the number of active cases in the district stood at 1,379 and 13,878 patients had recovered from the virus.