NGO comes to aid of Punjabi girls in Canada : The Tribune India 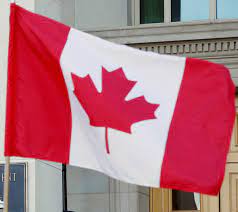 Punjabi NRI fraternity in Canada has formed an NGO named Sukhmani Heaven, to help Punjabi students, mainly girls, who are coming there to study.

Dr Gurcharan Singh Sayan, a cardiologist and founder member of NGO Sukhmani Heaven, who along with his wife Dr Jaswinder Kaur are on a visit to Punjab, said the NGO had been formed in collaboration with prominent NRIs, including doctors, lawyers, businessmen, politicians, in Canada.

The NRI community in Canada is concerned over the reports of exploitation of India students. Our aim is that not only girls but their parents in Punjab also contact us directly so that those in need of help could be reached out immediately. Dr Gurcharan Singh Sayan, Founder, Sukhmani Heaven

He stressed the main objective of the NGO was to assist girl students from Punjab so that they were not subjected to economic, mental and physical exploitation in the foreign land. He added in absence of any support, students had even committed suicide.

He said although the Canadian Police and the administration, besides the Indian Embassy, were taking steps to help such students, but still some of them were still facing problems.

He said the youth from Punjab are increasingly turning to Canada, the United Kingdom, Australia and several other countries for higher education. In such a scenario, it became vital to help girl students especially, as there had been cases of exploitation making media headlines in the recent past, Dr Sayan said.

“The Punjabi NRIs settled abroad are concerned about the youth moving to foreign shores. The NGO seriously looks into any case that comes to its notice. To date, there are 15 cases in which girls have been extended all kinds of help, including financial, and jobs,” he said.

Dr Syan said the NGO had made arrangements for a rented house in which girls who do not have money to pay rent were given shelter.

“Our aim is that not only girls but their parents in Punjab also contact us directly so that those in need of help could be reached out immediately,” he said.