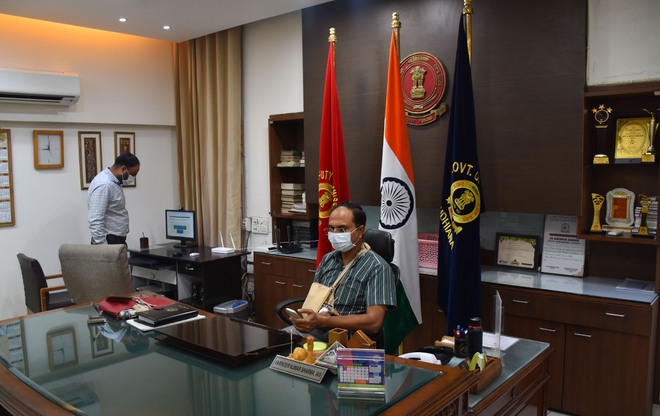 A day after new Punjab Chief Minister Charanjit Singh Channi issued directions to all government officers and employees to ensure their presence during office timings, the employees and officers were seen reaching offices on time today. However, some of the employees reached late too.

After taking oath on Monday, the Chief Minister had given directions to the officers and employees to reach the office by 9 am and remain available for public in office hours till evening.

On Tuesday, Deputy Commissioner Varinder Kumar Sharma reached the office before 9 am. But, some other officers/employees reportedly reached their respective offices late after 9 am today.

People want that the public friendly environment should be ensured at all the government offices and their issues must be resolved in a time-bound manner. A senior citizen, Satish Sachdeva from Punjab Mata Nagar said, “All the officials should work as ‘sewadars’ for the public. Along with ensuring their presence at offices for public dealing, the officials must also ensure redress of public grievances in a time-bound manner. The public-friendly environment should be maintained at all government offices. Routine checking or surveys should be done to get feedback from the visitors at the government offices.”

A resident said, “The officials should work with honesty so that the issues of people are resolved timely. Private agents are often seen at various government offices and the visitors are forced to visit such agents when their works are not done. It is the responsibility of the government to make the working process easy and transparent at the offices.”