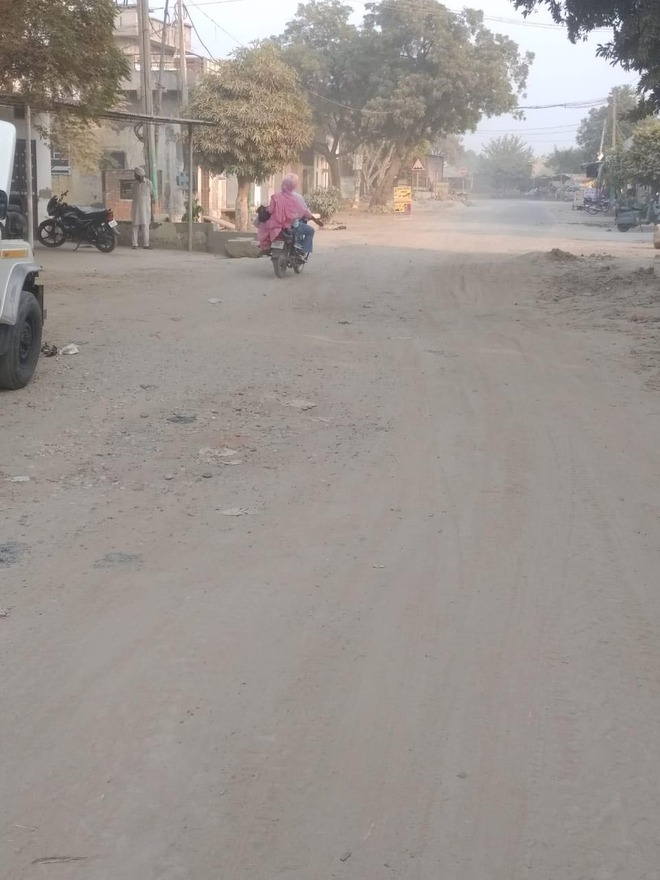 The Ahmedgarh-Raikot road is in a deplorable state. Tribune photo

Commuters between the Ahmedgarh and Barnala regions are a harassed lot as the only link road for them, Ahmedgarh-Raikot section, is in a dilapidated condition.

Residents have to burn extra fuel and spend more time to reach their destinations, courtesy, the non-motorable condition of the pivotal road due to the potholed surface and eroded berms. Due to this, commuters have started taking alternative longer routes via Ludhiana and Pakhowal.

The process for the repair and construction of roads in the Raikot segment had already been started and all roads, including the Ahmedgarh-Raikot road, would soon be worth comfortable motoring. —Kaamil Amar Singh, Incharge, Halqa Raikot

Even though minor accidents have been occurring due to the bad condition of the road, the authorities concerned have failed to undertake the repair or reconstruction work despite repeated appeals by residents and civic bodies of the region. Efforts by elected representatives to get the road reconstructed, too, did not bear fruit despite assurances by senior functionaries, including Chief Minister Captain Amarinder Singh.

Residents have once again urged the government to impress upon the authorities in the Public Works Department (Bridges and Roads) to get the road reconstructed and prevent losses being caused due to the extra consumption of fuel and damage to government and private vehicles.

Residents, led by social activist Sahil Tayal and Kissan Sabha leader Baldev Singh Latala, alleged that the administration had failed to maintain the Ahmedgarh road that serves as a major link between the local town and highways leading to Barnala, Bathinda, Jagraon and Mullanpur. The road is also part of the shortest route to historical places in Rajasthan. “The condition of the road passing through Chhapar, Latala, Barundi and Andloo is so bad that commuters are forced to leave the main road and take up roads through villages situated in the interior,” said Baldev Singh Latala, maintaining that outsiders were more harassed.