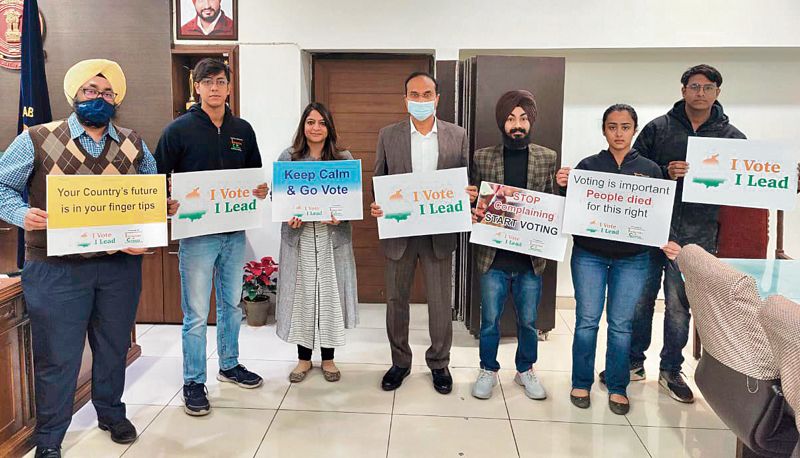 The district administration launched three-month long ‘I Vote, I Lead Campaign’ in collaboration with city-based youth empowerment organisation ‘Initiators of Change’ at the DC Office complex today to ensure maximum participation of voters in the state Assembly poll.

A team of over 200 young volunteers from the city will be a part of the campaign. They will conduct several activities in a phased manner. The organisation has been working on voting rights and voter awareness with the district administration since 2015 and has been awarded with the National Youth Award by the same as well. Chairman of ‘Initiators of Change’ Gauravdeep Singh, president Arshia Lekhi and vice-president Neeraj Jolly and Raikot SDM Gurbir Kohli were among those others present. — TNS