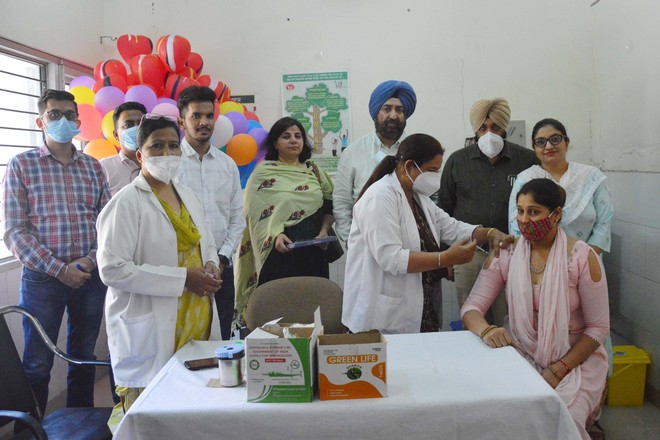 To effectively and successfully manage the Covid surge, if any, in future, the Centre has released a sum of Rs 99 crore as Central share, while Punjab has borne its share of Rs 19 crore in the Emergency Covid Response Package (ECRP), Phase-II, for Punjab, the government has confirmed.

The work to augment and further strengthen the existing health and medical infrastructure for ensuring best possible emergency Covid response management in the state is going on in full swing. Projects under the ECRP-II have been taken up on priority and the departments concerned have been asked to ensure timely completion as per specified norms. Hussan Lal, principal secretary to CM

The release was part of Rs 198.88 crore earlier allocated by the Union Government to the state government under the second phase of the ECRP, the total outlay of which amounted to Rs 331.47 crore, the officials have said.

A senior officer told The Tribune here on Thursday that the Centre has released a sum of Rs 99 crore, which accounted for almost 50 per cent of the allocated Central assistance of Rs 198.88 crore, while Punjab has been able to bear only Rs 19 crore, which is mere 14.33 per cent of its total share of Rs 132.59 crore, under the ECRP-II.

As per the ECRP scheme, Punjab has to contribute its share of Rs 132.6 crore for the implementation of the works through the Department of Health and Family Welfare (DoHFW) and the National Health Mission (NHM), Principal Health Secretary Alok Shekhar told The Tribune here on Wednesday. He said the matter is being taken up with the Finance Department for releasing the remaining matching state share.

The objectives of the ECRP, Phase-II, will be to establish dedicated paediatric care units in all 23 districts of the state for paediatric Covid management, establish paediatric Centre of Excellence (CoE) in one of the medical colleges for mentoring and technical hand-holding to district paediatric units, increase the availability of ICU beds, including 20 per cent paediatric, set up liquid medical oxygen (LMO) storage tanks along with medical gas pipeline system (MGPS), at least one per district, in public healthcare system, increase access to ambulance services (ALS) in transport and referral of Covid patients, and to utilise the undergraduate and postgraduate interns, residents, final-year MBBS, BSc, and GNM nursing students for effective management.