8 species of flora, 5 of fauna nearing extinction in Punjab 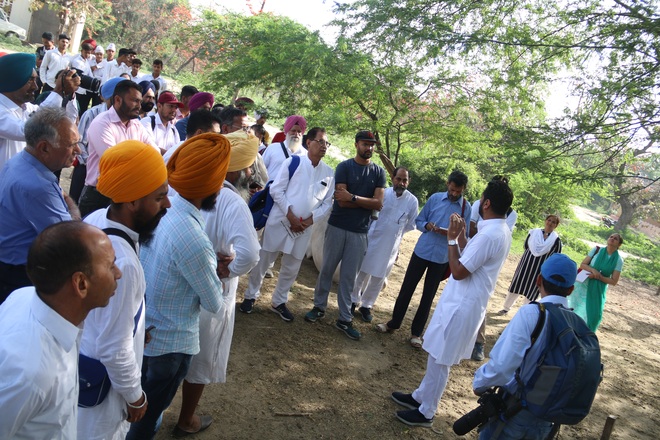 Environmentalists gather at a biodiversity spot in Ludhiana. file photo

As World Environment Day, with its theme ‘Celebrate Biodiversity’, is being observed today, environmentalists rue the loss of biodiversity that is closely linked to the loss of traditional knowledge.

Among the endangered trees is ‘Seem’ tree (Tecomella undulata), an economically and pharmaceutically important tree.

The major threats to biodiversity in Punjab are focus on HYVs and exotic breeds and infestation of invasive alien plant species, besides habitat destruction and degradation, said Gurharminder Singh, Senior Scientific Officer, Dept of Environment and Climate Change, who also has the additional charge of the Punjab Biodiversity Board (PBB), while talking to The Tribune.

Other threats to biodiversity include environmental pollution, climate change and unsustainable developmental model and urbanisation. Lack of coordination among various departments is also accelerating the decline in biodiversity.

People’s Biodiversity Registers (PBRs) document local flora and fauna. To check the declining biodiversity in the state, the Punjab Biodiversity Board has facilitated the constitution of Biodiversity Management Committees (BMC) at the local levels.

“The PBRs are techno-legal documents that effectively document how each plant is used in our culture. These are the baseline documents for us to devise micro-level planning. Our focus is on conservation and management keeping in view the native and the local,” says Gurharminder Singh.