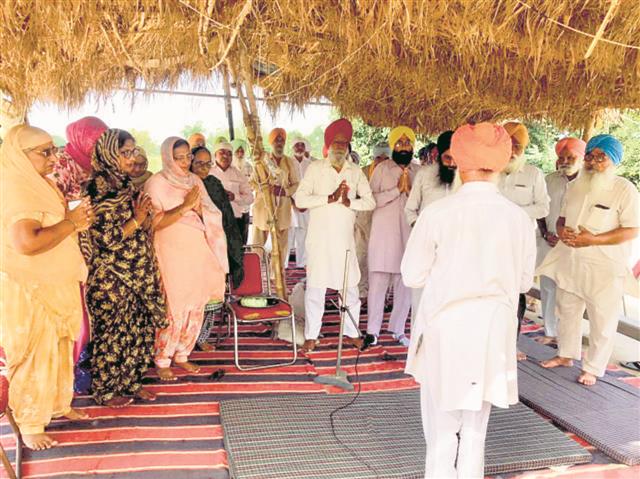 Responding to a call given by the Samyukt Kisan Morcha, an umbrella body of 40 farmer organisations, office-bearers and activists of various outfits observed Shaheed Kisan Diwas on Tuesday by paying homage to the four farmers who were mowed down at Tikunia in UP’s Lakhimpur Kheri district on October 3.

Baldev Singh Latala, a state body office-bearer of the All India Kisan Sabha, said a large number of activists of the outfit had left for Lakhimpur Kheri to join the prayer meeting being held at Sahibzada Inter College at Tikunia. Those who stayed back at their places participated in community prayers held in their respective areas.

Harnek Singh Gujjarwal, district secretary of the Naujwan Sabha, Punjab, said Shaheed Kisan Diwas was observed by activists of various components of the SKM, by organising ardaas at various places in the region.

The protesters regretted that neither the UP Government nor the Centre had taken any action against Union Minister and BJP leader Ajay Mishra, whose vehicle allegedly mowed down the victims walking peacefully on the fateful day.

Also raises the issue of extended jurisdiction of Border Sec...