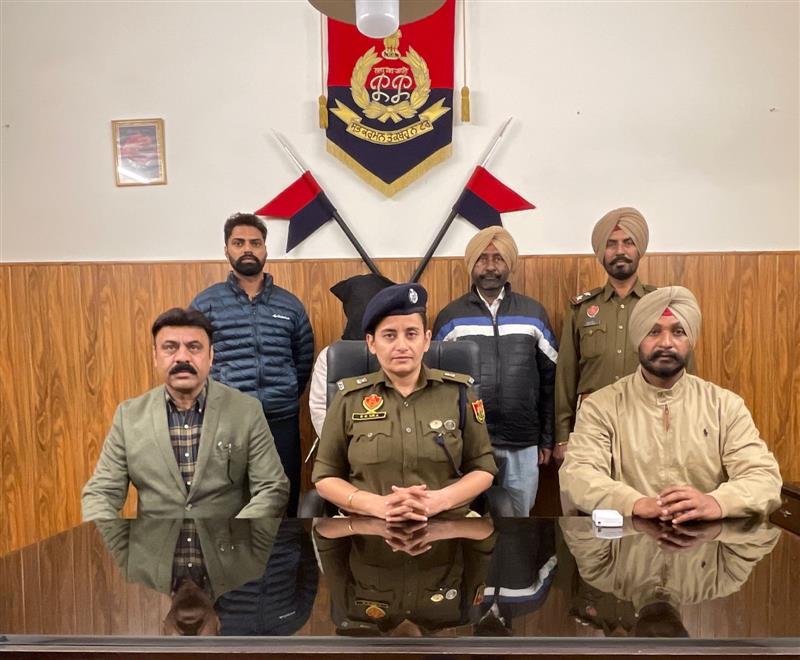 The suspect in police custody in Ludhiana on Wednesday. Tribune photo

The anti-narcotics cell-2 of the city police today nabbed a smuggler and recovered 110 gm of heroin from his possession.

The suspect has been identified as Shubham Bali, alias Giga, a resident of Ghati mohalla. A case under the NDPS Act was registered against the suspect.

ADCP Rupinder Kaur Sran in a statement issued said the police had received a tip-off that the suspect was into the drug smuggling trade and he was on the way to deliver a consignment of drugs to his clients. Accordingly, the anti-narcotics cell laid a trap and he was intercepted while going on a motorcycle.

Later during his frisking, 110 gm of heroin was seized from his possession.

During preliminary questioning, the suspect admitted that he was also a drug addict and he entered the trade to become rich in a short time.

The police said further probe would inquire about other links of the suspect and more arrests were likely in the coming days.