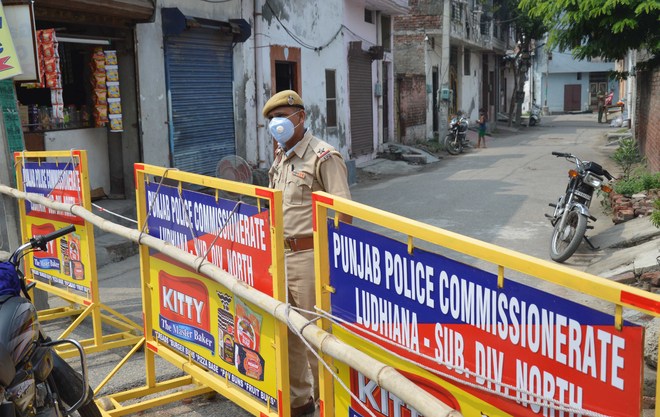 A street of a containment zone in Ludhiana. Inderjeet verma

One person died of Covid-19 today and 29 more tested positive in the district. While the number of positive cases has gone to 1,300, the death toll has reached 31.

The deceased was a 83-year-old resident of Mayapuri, Civil Lines. He also had broncho pneumonia with other co-morbidities such as fever and breathing difficulty. He died at Christian Medical College and Hospital (CMCH). 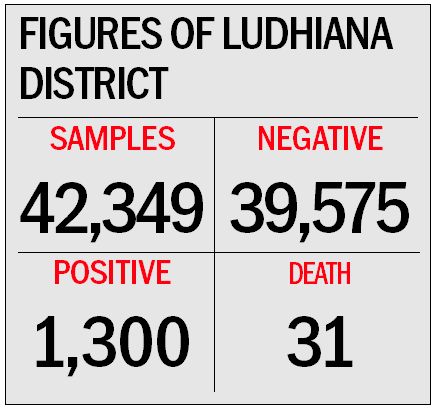 Meanwhile, the reports of Civil Surgeon Rajesh Bagga, District Epidemiologist Ramesh and Dr Divjot have come negative. Their samples were taken as they were contacts of an official who tested positive earlier. The second test of Deputy Commissioner Varinder Sharma has also come negative.

With two more testing positive from the Dakha police station, a total of eight personnel of the station have now been infected. Police personnel who tested positive today are an ASI of CIA-I from Azad Nagar on Lalheri Road, Khanna, another ASI from Dakha, a 26-year-old constable from Dakha and a 34-year-old head constable posted at the ACP office in Industrial Area B.

Five healthcare workers, including a man from Issa Nagri, near CMC; two ASHA workers from Harbanspura, a woman from Kunal Colony in Mundian Kalan and an ASHA worker from Kular village, contracted infection.