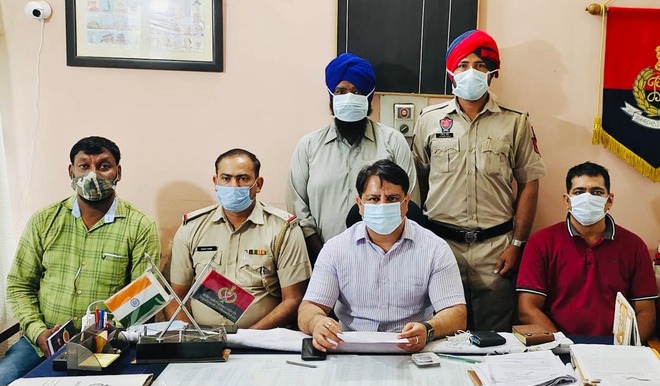 The special branch cell of the Ludhiana police nabbed a proclaimed offender (PO) wanted by the Haryana Police.

In-charge of the special branch Beant Juneja said on information provided by the SSP, Kaithal, the special Branch arrested PO Harvinder Singh, a resident of Bishanpura in Khanna district.

The accused was wanted in a theft case registered against him by the Kaithal police in 2005, inspector Juneja said, adding that the accused was declared a PO on July 16, 2010, and he was absconding since then.

Juneja said during the investigation, it had been found that the accused had total six cases of theft registered against him in various districts of Punjab and Haryana. After nabbing Harvinder, he was handed over to the Kaithal police for necessary action.

A few days ago, the special branch had also nabbed another proclaimed offender, Raj Kumar of Shimlapuri, wanted by the Kaithal police in a drug case. — TNS