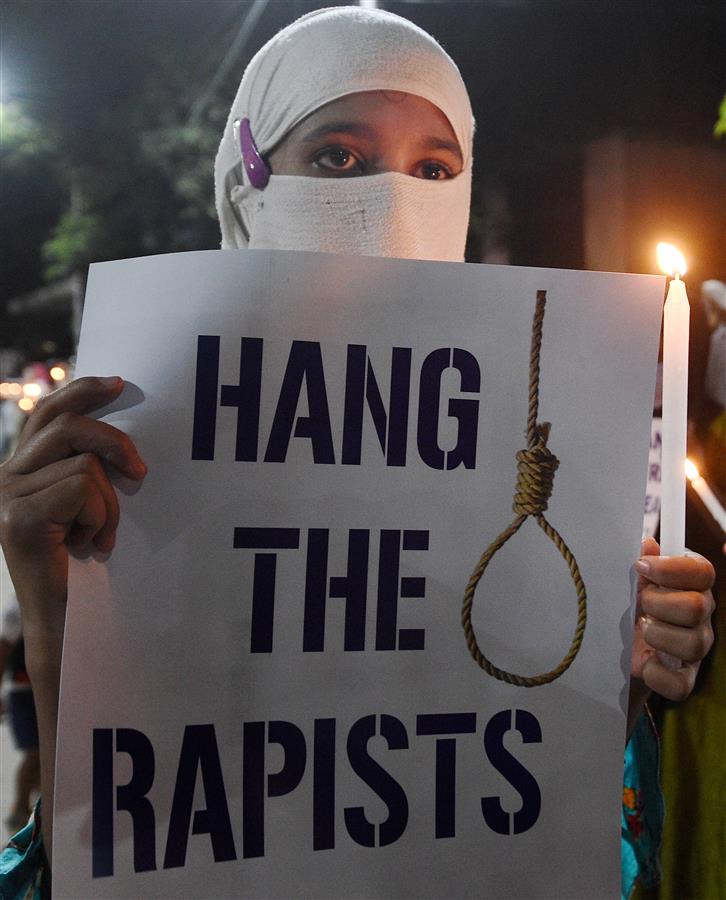 A 15-year-old deaf and mute girl has been allegedly gangraped in Bihar's Madhubani district and her eyes were damaged with a sharp object so that she couldn't identify the perpetrators, police said on Wednesday.

Both her eyes were damaged but it is yet to be ascertained whether she has completely lost her eyesight, doctors attending to the girl, who is in a critical condition, said.

Three persons have been arrested in connection with the incident that took place in Kauwaha Barhi village in Harlakhi police station area on Tuesday when she took her goats for grazing, Superintendent of Police Satya Prakash said, adding all the accused hail from the same village.

Village head Ram Ekbal Mandal said that the girl had taken her goats for grazing to a field outside the village with some other children.

One of the children informed the girl's family about the incident. They found her lying unconscious in a barren field in neighbouring Manoharpur village.

The girl was admitted to the nearby Umgaon community health centre, where doctors referred her to Madhubani Sadar Hospital given her critical condition, Harlakhi police station SHO Prem Lal Paswan said. PTI