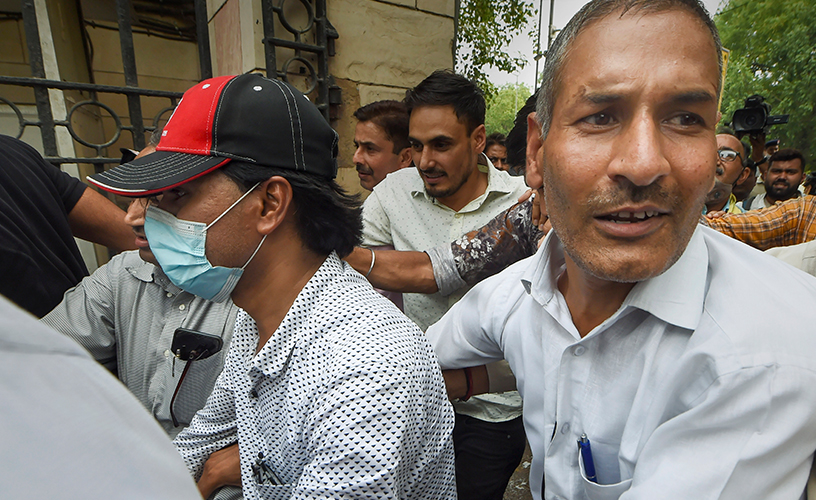 Rejecting the bail plea of Alt News co-founder Mohammed Zubair, a Delhi court today remanded him in 14-day judicial custody, citing the nature and gravity of the offences against the accused and observing that the matter was at the initial stage of investigation.

The judge had reserved the order earlier in the day after the hearing in the case in which the Delhi Police said Zubair should be remanded in 14-day judicial custody on the expiry of his five-day police remand. Zubair is accused in a case related to an “objectionable tweet” he posted in 2018 against a Hindu deity. “Since the matter is at the initial stage of investigation and overall facts and circumstances of the case and nature and gravity of the offences alleged against the accused, no ground for grant of bail is made out. Bail application of the accused is accordingly dismissed. Accordingly, accused is remanded in judicial custody for 14 days,” a news agency reported quoting the judge’s order.

Zubair’s lawyer termed as “scandalous” the Delhi Police’s claim that his bail plea was rejected, asserting that the judge had not pronounced the order by then.