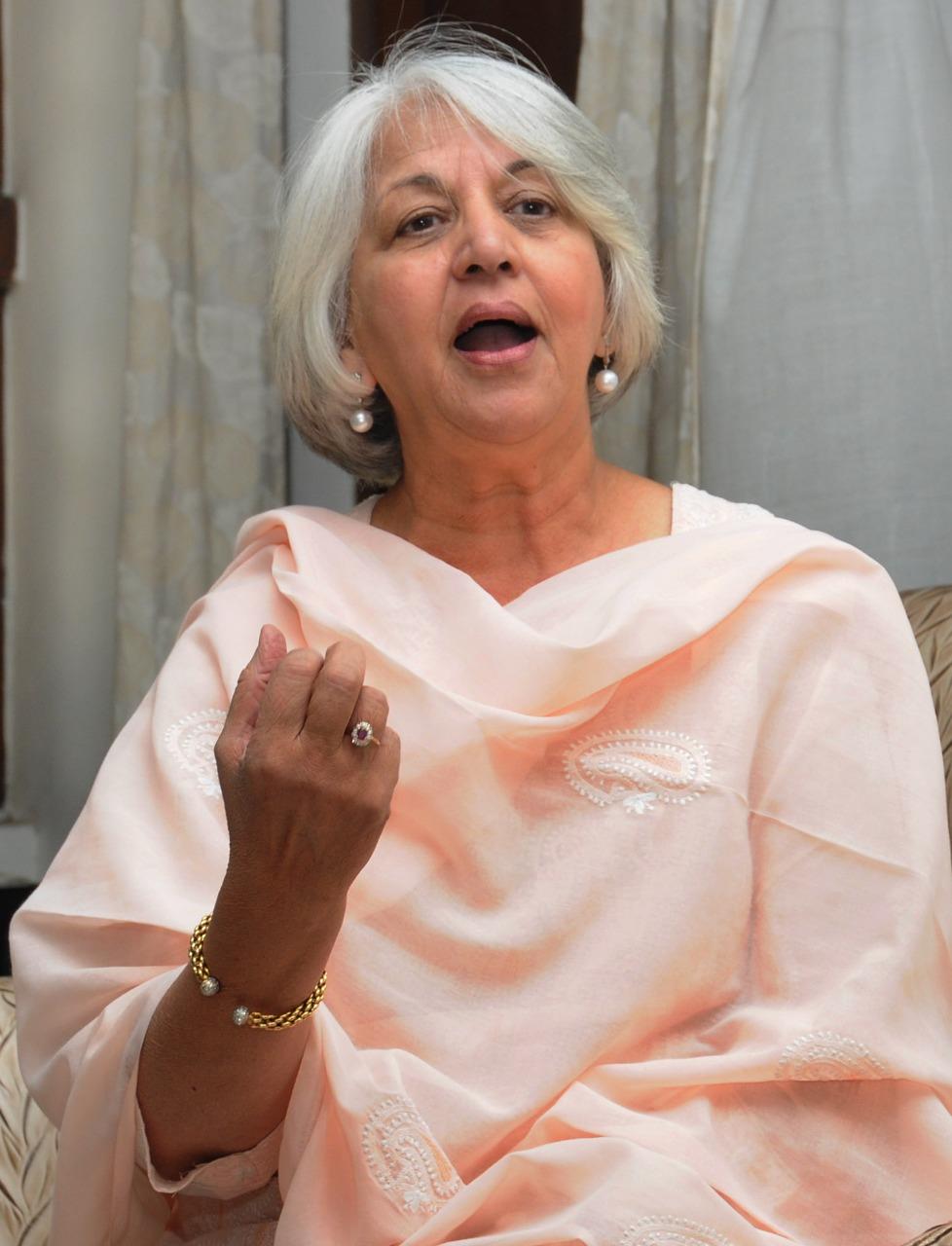 Economist Isher Judge Ahluwalia passed away at New her Delhi residence on Saturday morning after a long battle with high-grade cancer for months. She was 74.

She would have turned 75 on October 1.

The wife of India's leading economic policy driver, and former deputy chairman of the Planning Commission, Montek Singh Ahluwalia, Isher Judge carved her niche in the sector serving as the head of the Indian Council for Research on International Economic Affairs for 15 years.

Isher Judge stepped down as the chairperson of ICRIER on August 10, this year, on account of her poor health. She was elected as the Chairperson of the Council at the Annual General Meeting held on August 8, 2005.

Obituary: A gentler proponent of laissez faire in economic policy

Isher—as she affectionately known to her friends and colleagues— however, continued as the Chairperson Emeritus of the Council. The position was created to honour her exceptional contributions to ICRIER.

"Saddened to learn of the passing aaway of Dr Isher Judge Ahluwalia, one of India’s most distinguished economists, and we had the privilege of having her as vice chairman of state planning board in my last term. Heartfelt condolences to Montek ji and their family in this hour of grief,” read the Chief Minister's tweet.

Saddened to learn of passing away of Dr Isher Judge Ahluwalia. She was one of India’s most distinguished economists & we had privilege of having her as Vice-Chairman of State Planning Board in my last term. Heartfelt condolences to Montek ji & their family in this hour of grief.

Isher Ahluwalia’s contribution to ICRIER’s efforts to realise the ambitions of the council’s founders as an independent, high-quality think tank creating knowledge has been well documented.

During her farewell, the council on August 10, had said: "Our mission got a boost when Isher became the Director and Chief Executive in 1998 and were further advanced when she assumed the position of Chair. Her outstanding leadership and deep commitment meant that ICRIER became synonymous with her and with the qualities of excellence, integrity and independence she embodies. It was during her tenure that ICRIER rose to be ranked as India’s best think tank in international economic policy and international development for years on and continues to occupy that preeminent position. In addition, ICRIER is known for the excellence of the quality of its research, particularly in areas like Agriculture, Trade Policy and Telecom.”

Isher Judge is known to have curated and chaired the ICRIER-India Habitat Centre ‘Conversations on Urbanisation’ that became very successful and widely appreciated.

She was awarded the Padma Bhushan by President of India in 2009 for her services in the field of education and literature.

Courtesy her scholarship, ICRIERs research output continues to be regularly cited in the media, in journals, in Parliament and used by various Ministries and Departments that focus on policy formulation.

Some of ICRIERs research work is now being used as essential reading in universities in India and abroad.

“Entirely due to Isher’s efforts, ICRIER’s Endowment Fund was strengthened considerably and ICRIER acquired new office premises. She also built up an extremely distinguished Board of Governors at ICRIER, comprising the best of Entrepreneurs, Bureaucrats and Academicians, who are committed to building ICRIER into India’s foremost independent Research organization,” late Isher Judge’s associates recall.

Isher Judge was a recipient of PhD from MIT, MA from the Delhi School of Economics and BA (Hons) from Presidency College, Kolkata. Her work has focused on policy-oriented challenges facing the Indian economy in the areas of urbanisation, sustainable public service delivery, macroeconomic issues, and industrial growth and productivity.

She routinely participates in and contributes to international conferences both in India and abroad.

Isher Judge documented her extraordinary life – including her childhood in West Bengal where her father was not interested in educating the girls—in a book “Breaking Through’’, that was launched earlier this year.