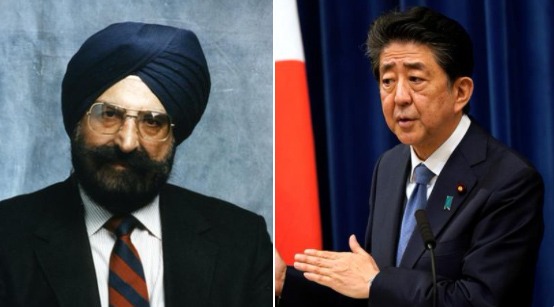 Hegde was awarded the Padma Bhushan in 2010. Kapany, the father of fibre optics, is another Padma Vibhushan awardee along with Islamic scholar Maulana Wahiuddin Khan and BB Lal, the acclaimed archaeologist who turned 100 last year.

Lal is well known as a Hindu historical revisionist and as former the director general of the ASI, was the first to excavate at the Ram Janmabhoomi-Babri Masjid site, besides carrying out excavations at the sites associated with the Mahabharata.

Sudershan Sahoo, a renowned sculptor born in Puri, is also in the list of Padma Vibhushan awardees.

Among ten Padma Bhushans, the most notables are late Congress leader and a former chief minister of Assam Tarun Gogoi and chief of the Ram Temple construction committee Nripendra Misra.

KS Chithra, the Carnatic singer from Kerala is also among Padma Bhushan awardees so is

Chandrashekhar Kambara, a prominent Indian poet and playwright in Kannada language and the founder-vice-chancellor of Kannada University in Hampi.

Among 102 Padma Shris this year are Rajni Bector for trade and industry from Punjab; Jai Bhagwan Goyal for literature and education from Haryana; Ghulam Rasool Khan for art from JK and Ratan Lal Mittal for medicine from Punjab.

Kartar Singh and Virender Singh from Punjab and Haryana respectively have been named Padma Shri awardees in the categories of art and sports respectively.