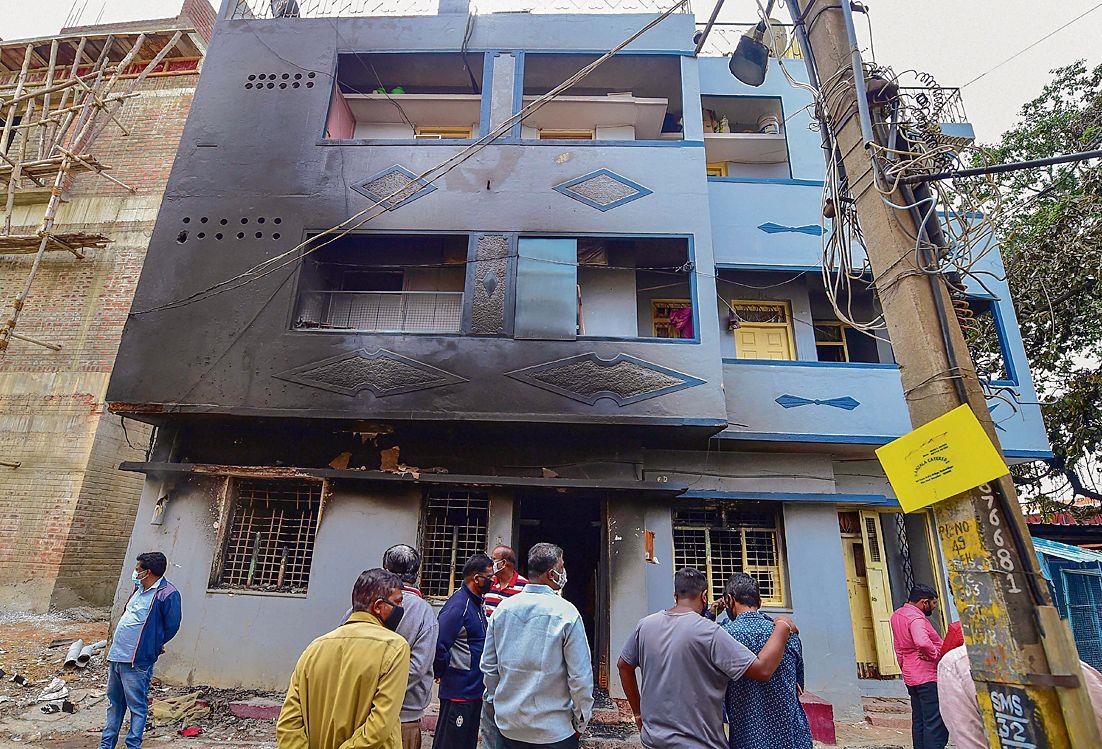 Residents gather outside the Congress MLA’s residence that was vandalised by a mob in Bengaluru on Wednesday. PTI

It took firing by the city police, that resulted in three deaths, to bring the riots under control in Bengaluru, a senior police officer said today.

“The due process was followed and firing happened, after which the situation was brought under control,” Deputy Commissioner of Police Kuldeep Jain said on the violence. The riots broke out on Tuesday night over an alleged social media post on a “communally sensitive” issue posted by a relative of Congress MLA Akhanda Srinivasa Murthy.

A visibly shaken Murthy said, “We were not at home when nearly 3,000 people with petrol bombs, clubs, came and burnt the vehicles, damaged our house.” He said he had been living with the Muslim brethren for the past 25 years, but never faced such a problem.

The manner in which the riots were perpetrated shows that it was a well-planned act and was intended to spread to other parts of the city. —R Ashoka, Karnataka Revenue Minister

Jain spent the whole night at the riot-affected places. Since the riots occurred at night, mobilising additional police forces took some time. “We tried to convince them but the mob was violent and started pelting stones on the policemen,” he said.

According to Jain, the identification and arrests of the culprits will continue as up to 1,000 people were involved in the riots. — IANS/PTI