PM to lay stones of 23 projects worth Rs 17,500 crore in Uttarakhand on December 30 : The Tribune India 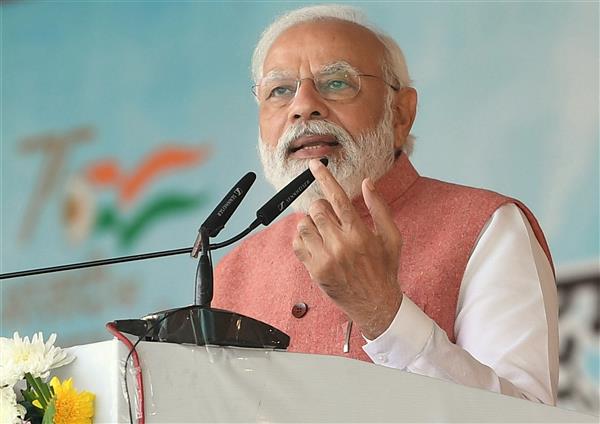 Prime Minister Narendra Modi will lay foundation stones of multiple projects in Uttarakhand on Thursday. All eyes are on his visit to see whether he officially declares Chief Minister Pushkar Singh Dhami as the BJP’s official cheif ministerial face for the upcoming Assembly elections in the state.

Notably, not just the BJP, the Congress too appears to be playing safe on this rather piquant and sensitive issue of naming a candidate for the top post.

Though the Prime Minister has publicly appreciated him, the Central leadership has not officially named Dhami as the face for 2022 elections so far. Though state leaders have said that Dhami, who has the formidable challenge to break the BJP-Congress cycle and also keep the party together, in what is expected to be a close fight, will be the CM when the BJP returns to power in 2022.

Interestingly, the Aam Aadmi Party has announced retired Colonel Ajay Kothiyal as its chief ministerial face in hill state which is witnessing a whole lot of political churn, making the situation “extremely fluid”, according to observers.

“AAP has nothing to lose”, they say, adding that despite the calm in the BJP on the surface, several leaders, like Harak Singh Rawat, are getting “restive”. Harak Singh, they claim, is on the “verge of jumping the ship”, despite his meeting with Dhami last week in presence of other state leaders.

In fact, Congress sources claim that Harak Singh is “in regular touch with their party”.

While Harak Singh appears to be bargaining for a better deal with the BJP, a deeply divided Congress is also walking the tightrope. The party recently witnessed a major meltdown with former Chief Minister Harish Rawat voicing his hurt in the open.

Meanwhile, the PM will inaugurate and lay the foundation stone of 23 projects worth over Rs 17,500 crore, which include an array of sectors/areas like irrigation, road, housing, health infrastructure, industry, sanitation, drinking water supply in the poll-bound state, according to officials.