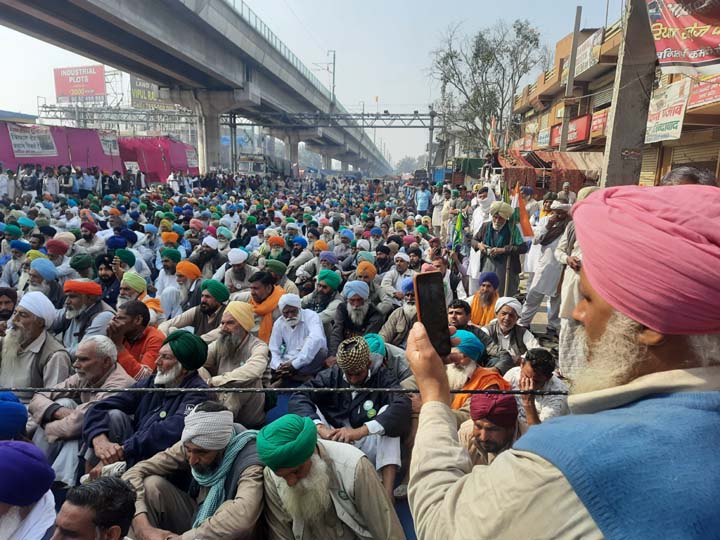 Public roads can’t be blocked in protest and there should be free flow of traffic on roads, the Supreme Court said on Friday.

While hearing a PIL filed by a woman commuter against blocking roads connecting Delhi with Noida by farmers protesting against farm laws, a Bench led by Justice Sanjay Kishan Kaul made the government of Haryana party to the case.

The top court clarified that it was not concerned with the larger issue on farm laws which can be decided judicially, politically or administratively but limited to clearing of roads blocked by farmers.

“We have said this before, roads should not be blocked. This is a single mother who has to face many issues because of blocked roads,” the Bench said posting the matter for further hearing on Monday.

Solicitor General Tushar Mehta appeared for the governments of Delhi, UP and Haryana.

As the main roads connecting Delhi and Noida remain blocked since the beginning of protests against farm laws in November last, the Supreme Court had on March 29 issued notice to the Centre and the UP government on a petition by a woman who said commuting had become a nightmare for her.

Acting on the PIL filed by Monicca Agarwaal – a resident of Noida and a single parent with some medical issues, a Bench had asked the Centre and Uttar Pradesh government to explain why the roads connecting Delhi and Noida were not kept free from blockades.

“We consider it appropriate to issue notice to the Union government and others to ensure that the road area is kept clear so that the passage from one place to another is not affected,” it had said.

Agarwaal said though her work place was in Noida she had to travel to Delhi frequently as she was in a marketing job.

Noting that it was taking two hours instead of the normal 20 minutes, she contended that it had become a nightmare to commute between Noida and Delhi.

Maintaining that “democracy and dissent go hand in hand”, the Supreme Court had on October 7, 2020 ruled that roads and public spaces can’t be blocked indefinitely and demonstrations expressing dissent have to be in designated places alone.

On February 9, the top court dismissed a petition seeking review of the verdict, saying the right to protest can’t be anytime and everywhere.

Agarwaal pointed out that despite directions issued by the top court to keep the roads blockade-free nothing had happened.

Noting that a judicial view had already been taken and the matter reflected an administrative failure, the Bench agreed to take up the matter after the petitioner said the court should ensure that people’s right to passage wasn’t hindered.