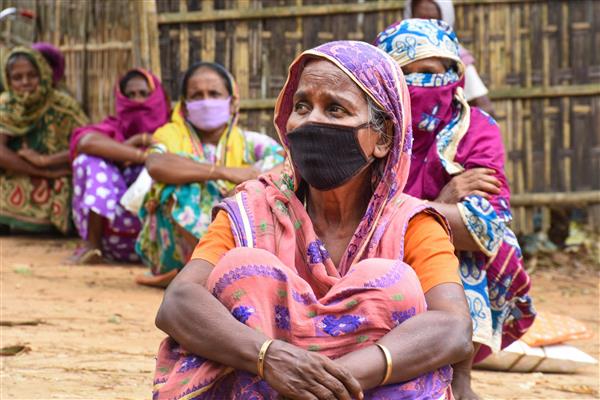 The nationwide tally of COVID-19 cases neared 1.3 lakh on Saturday with over 6,000 new cases getting detected. More than one lakh people have tested positive for the deadly virus infection and over 3,000 have lost their lives in the past one month itself.

The spike in the numbers has been sharp this week with nearly 5,500 new cases and 160 deaths getting reported on an average every day, according to data of different states and union territories, many of whom have found a large number of new cases among people having returned from other states in special trains and buses being run for taking migrant workers and students to their native places.

Sikkim reported its first COVID-19 case as a 25-year-old student who recently returned from Delhi tested positive for the virus, a senior official said. The first case was detected in India on January 30, but Sikkim had managed to stay free of it so far.

States have also reported positive cases among people who have returned from abroad in special flights being operated to bring back stranded Indians and expatriates from various countries. Some have already flagged potential risks from the scheduled resumption of domestic flights for the general public from Monday.

Union Civil Aviation Minister Hardeep Singh Puri said few states wanted the resumption of flights to be delayed, but “some hesitation” was expected while dealing with such a situation and the Centre would try to address their concerns. He also said a good percentage of international passenger flights should resume before August.

In its morning update, the Union Health Ministry said the total number of confirmed cases has reached 1,25,101 with the biggest 24-hour spike of 6,654 new cases since Friday 8 am, while 137 more fatalities have been reported in this time period to take the death toll to 3,720.

India is the 11th most affected country right now, but its tally of active cases exceeds those of some top-10 countries, including Spain, Italy, Germany, Turkey and Iran. Also, given its high daily average of past few days, India is fast approaching the overall tally of Iran, which is the tenth most affected in the world at present with nearly 1.33 lakh cases.

More than 52 lakh people have tested positive worldwide for the novel coronavirus ever since its emergence in China last December, while over 3.38 lakh have lost their lives. More than 20 lakh people have recovered globally so far.

New cases dropped to zero in China on Saturday, though a re-emergence of the outbreak has been seen in various countries in recent weeks after lifting of their lockdowns.

A nationwide lockdown has been in place in India since March 25 and will continue at least till May 31, though several relaxations have been given in the ongoing fourth phase that began earlier this week on May 18. Besides, domestic flights are also scheduled to resume in a phased manner from Monday.

The COVID-19 data, in the meantime, showed that nearly 94,000 new cases have been detected and over 2,600 deaths have been reported since May 1, when the morning update of the Health Ministry had put the number of cases at about 35,000 and deaths at 1,147.

Also, more than one lakh new cases and over 3,000 fatalities have been reported in the past one month since April 24, when India’s COVID-19 tally stood at around 23,500 and the death toll was 723.

While Maharashtra has been the worst-hit state, Gujarat, Delhi, Madhya Pradesh and Rajasthan are among other badly-affected places.

Maharashtra recorded 2,608 new coronavirus cases and 60 deaths on Saturday, taking its total count of cases to 47,190 and the death toll to 1,577. At least 18 police personnel, including an officer, have died of COVID-19 in the state so far.