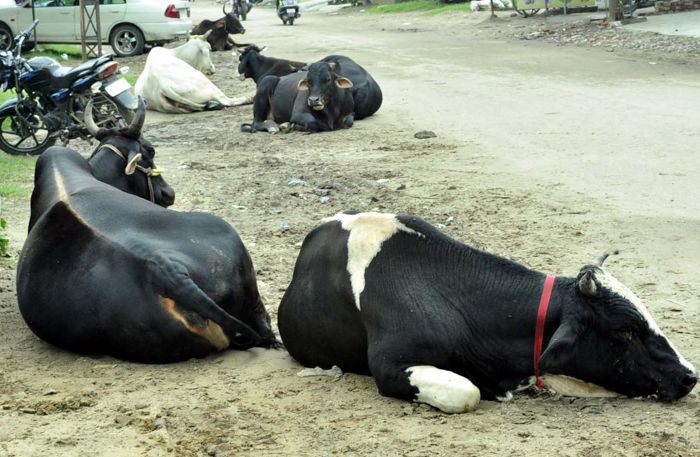 The MC has been maintaing that shifting of dairies was required for the benefit of the public. file

The MC said it had discussed all points raised in the legal notice and that the shifting of dairies was required for the benefit of the public at large.

The MC said, “Of the 257 dairies, 120 are in the internal city. Of these, 84 dairy owners have sent a representation to the corporation to allot them a plot in the newly developed scheme, of which 42 have deposited 5 per cent of the total value of the plot. Meanwhile, 24 dairy owners in the outer city have paid the said amount.”

It said the current site was the most appropriate place found for shifting the dairies. “The layout plan of the dairy complex has been approved by the Chief Town Planner, Local Government, Punjab, by considering the high tension wires. Not even a single plot comes under high tension wires and all the wires are above streets/ open spaces,” the MC said.

The MC said in the first phase it was supposed to lay water/sewerage lines, earth filling, construction of roads, street lights and boundary wall around the project. “The basic infrastructure services and amenities have already been provided at the project. The process for issuing tender for the second phase of the project is underway.

It said each dairy owner has been allotted a plot in the ratio of animals kept by him at the time of survey in 2018. It stated that most dairy farmers were maintaining their dairies in lesser space than allotted to them at the new scheme.

On its decision of shifting the dairies outside the city, the MC said the National Tribunal has given several directions to the state not to discharge untreated dairy waste into the sewer lines. It said, “The dairy owners have no such facility of affluent treatment plant at their premises. Therefore they have to shift at the new dairy complex or to shut down their business.”