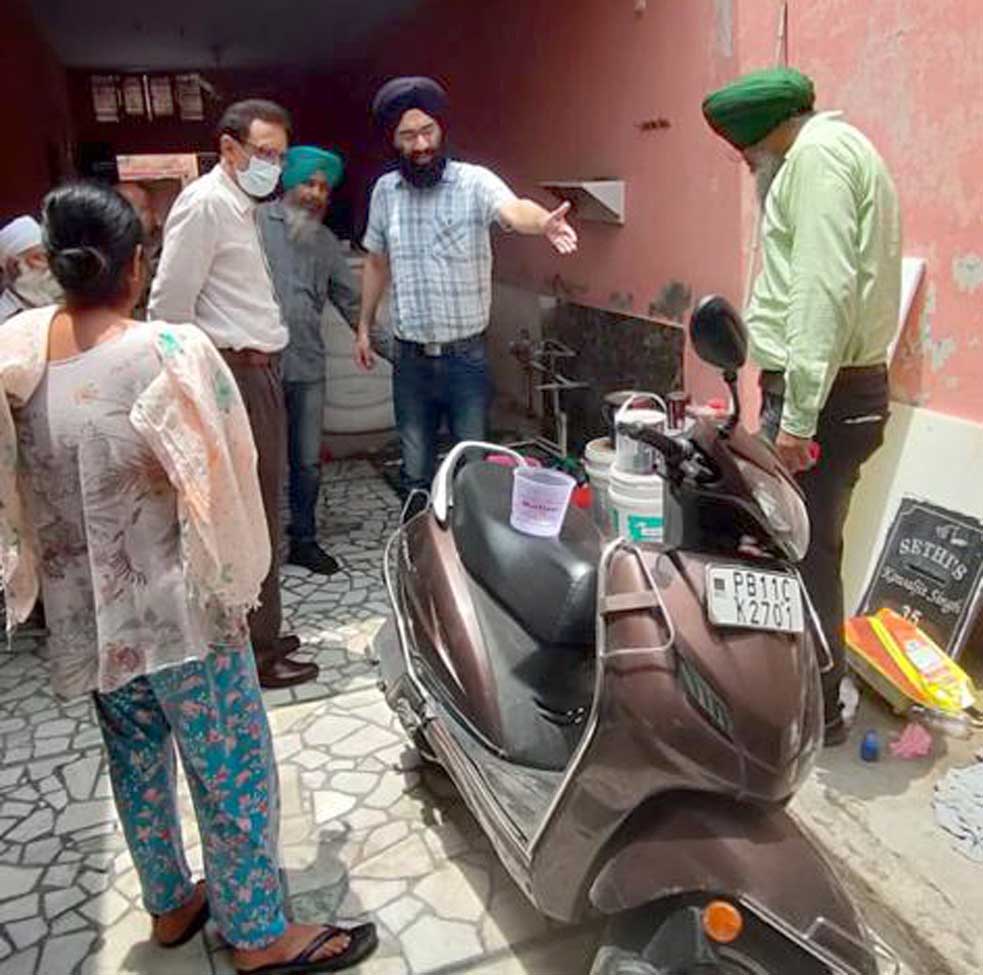 A team of the Health Department inspects a house during an anti-dengue drive in Patiala on Friday. Tribune photo: Rajesh Sachar

The Health Department today detected dengue larvae at 196 places in the district during ‘Friday Dry Day’ drive conducted to stop mosquito breeding. The dengue larvae, however, were immediately destroyed by the health officials. Ironically, the Patiala Municipal Corporation didn’t issue any challans in this regard. The dengue challans are issued by the inspectors of the corporation.

Dr Sumeet Singh, District Epidemiologist, said he had written to the Patiala MC Commissioner to send their officers for dengue challans. He said that challans could not be issued since the MC officials were not accompanying them during the anti-dengue drive. The MC Commissioner could not be contacted despite repeated attempts.

Meanwhile, the Health Department had appealed to the residents to actively participate in the fight against dengue.

Dr Sumeet Singh said, “Detection of dengue larvae in the district has increased this week. Weather conditions are conducive for dengue breeding, therefore, residents should play an active role in the fight against dengue.”