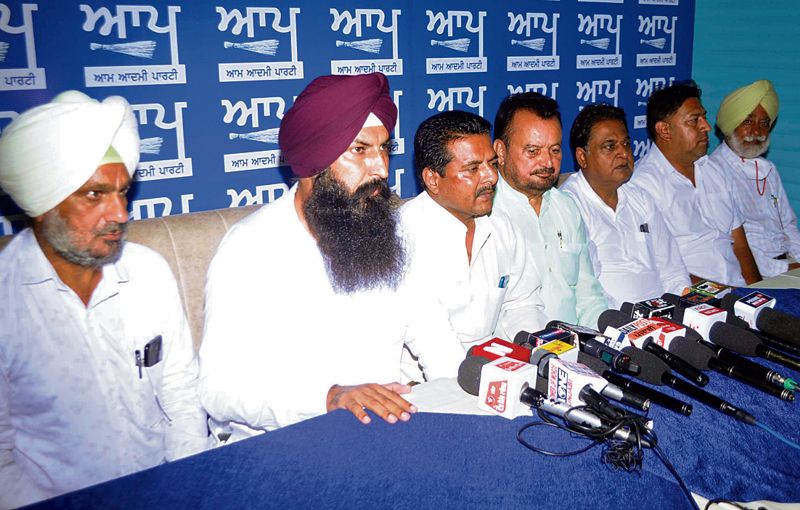 Two days after Shiromani Akali Dal (SAD) leaders raised the issue of allotment of Verka booths to near and dear ones of local Congress leaders in the city, Aam Aadmi Party (AAP) also raised objections on the same matter here today.

AAP leaders during a press conference here today said Verka booths had been allotted to specific persons associated with Congress leaders due to political interests. They demanded that all such allotments should be cancelled. They would protest over the matter, AAP leaders added.

As per information, aides of some Congress councillors had been allotted Verka booths.

A temporary employee of the Municipal Corporation (MC), two other persons and a few others considered close to Congress councillors, all drawing salaries, had been allotted booths.

Recently, the Finance and Contracts Committee of the corporation had passed a resolution stating that such booths would “boost Verka sale and provide employment to youngsters”.

SAD leaders had raised objections when construction and work related to one such booth started at Sheranwala Gate here. Later, Youth Congress leaders also entered into a verbal duel with their counterparts owing allegiance to SAD.

Tejinder Mehta, an AAP leader from Patiala, today said, “While youths in Punjab are holding protests for jobs, local Congress leadership is allotting Verka booths to their near and dear ones. Over 20 booths have been allotted to Congress associates in a completely arbitrary and illegal manner.”

Megh Chand, AAP president, Patiala district (Rural), said Verka booths had been allotted to acquire public land illegally. “If the Municipal Corporation does not cancel illegal allotments within a week, we will hold a demonstration. We will also not let beneficiaries, who have been allotted booths, carry out construction at designated sites.”

AAP leaders also alleged that while allotting booths, the MC had ignored the plight of unemployed youth.