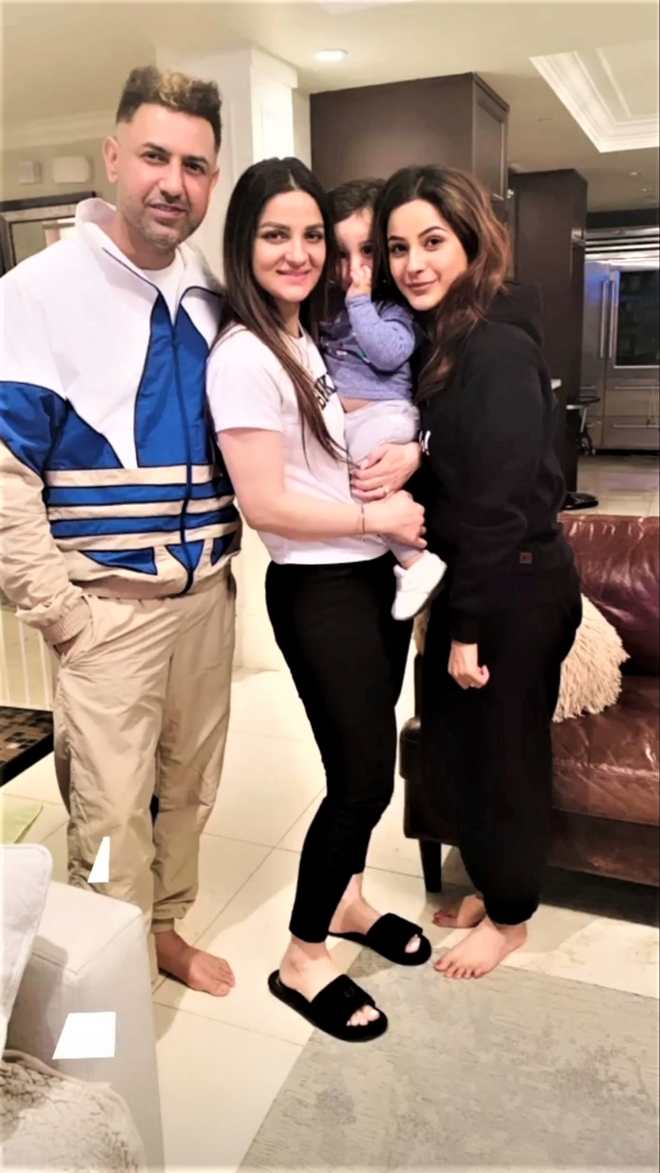 Currently, Shehnaaz is in Canada for the shoot of the same. She had to stay quarantined at home. But now, her quarantine is over. She recently visited her fellow Punjabi actor Gippy Grewal in Canada.

Gippy shared a video of Shehnaaz enjoying paranthas with others on Twitter. In the video, one can also hear Gippy saying that Shehnaaz’s “diet is going well” in a sarcastic way.

Soon Gippy’s tweet went viral and the fans showered all their love while thanking Gippy for sharing a wholesome moment of Shehnaaz on Twitter. Later on, Shehnaaz also shared a few videos with Gippy’s youngest son Gurbaaz Grewal in which she was speaking in chaste Punjabi with the little one.