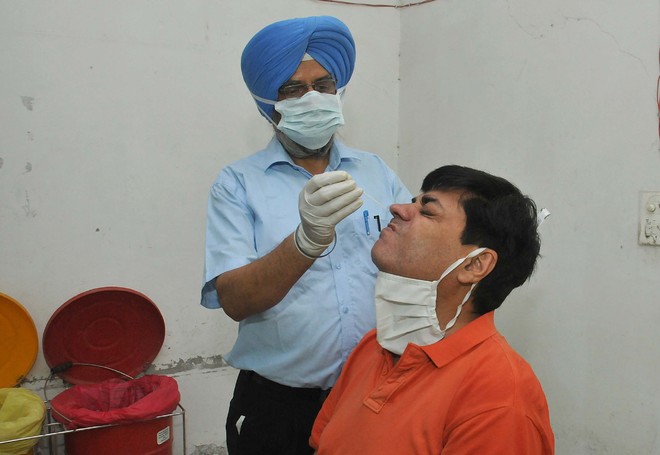 It is official now that April proved to be the worst month so far for the state. In these 30 days, the state reported 1.31 lakh cases and over 2,100 deaths.

The first case of Covid in the state was reported in March 2020. The first wave’s peak came in September when around 60,000 cases and 1,954 deaths were reported.

However, April broke all previous records. In just last ten days, 60,000 cases and around 1000 deaths were reported.

On April 28, the state reported the single day highest-ever Covid toll with 142 deaths. Earlier the highest deaths in single day were recorded in September, when 106 persons succumbed to the deadly virus.

According to experts, the wave may continue through the month of May. Besides, 669 people are on oxygen support and 99 on ventilators. The total number of Covid-related casualties in the state has reached 9,022 and total caseload 3,70,973.

Muktsar: Despite being Covid positive, a doctor posted at the Civil Hospital in Muktsar was on Friday allegedly found examining a patient at a private hospital here. In the video went viral on social media, Dr Bharat Bhushan is even seen “admitting” his mistake. tns