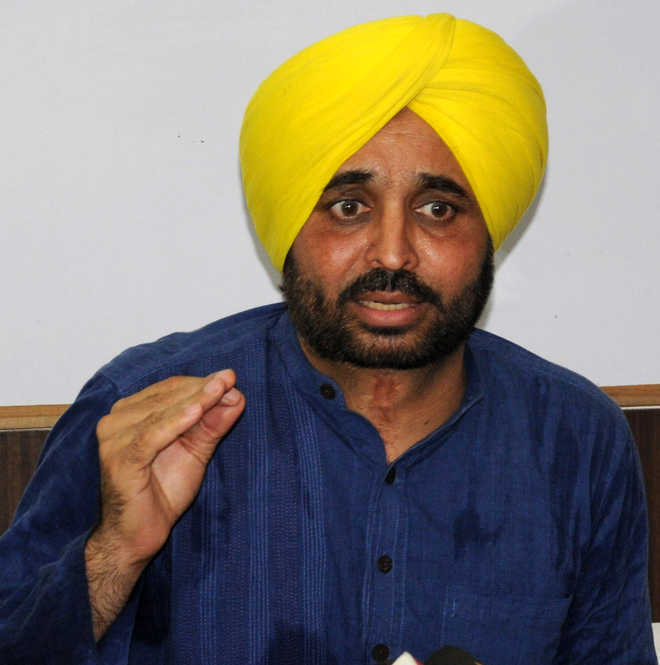 Why the Badal family continues to enjoy the state police cover when it has been withdrawn from Congress Rajya Sabha MP Partap Singh Bajwa, AAP chief Bhagwant Mann asked the Punjab Government on Sunday.

The Badal family, to which Union Minister Harsimrat Kaur Badal belongs, is at the helm of the Shiromani Akali Dal in Punjab.

The Punjab Government on Saturday had decided to withdraw the police security given to Bajwa, saying he enjoys the central security cover and virtually faced no threat.

The decision had come days after Bajwa and another Congress Rajya Sabha MP, Shamsher Singh Dullo, sought a CBI probe into the illegal liquor trade in the state.

Commenting on it, the AAP chief in a statement asked why members of the Badal family continue to enjoy the state police security if it is withdrawn from the Congress MP on the pretext that he has been accorded a central security cover.

Why this criterion could not be applied to other politicians like the Badal family and SAD leader Bikram Singh Majithia who have been granted security cover by the central security agencies as well as the Punjab Police, Mann asked.

The AAP chief asked Chief Minister Amarinder Singh to clarify his stand about the “voluminous” security provided to the Badal family and Majithia by the Punjab Government.

Slamming the CM for allegedly not “tolerating” his own criticism, the Sangrur MP said the Amarinder Singh government could go to the “extreme” extent against anyone, even if they are senior leaders of their own party for criticising its functioning. PTI