Bill for contract employees slated to be tabled in Assembly session 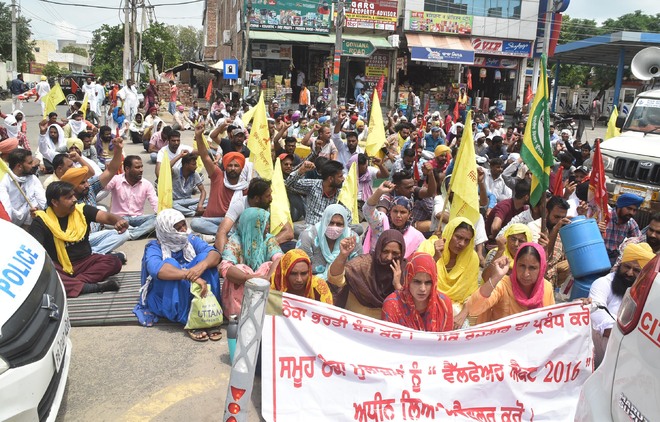 The government is set to regularise the services of over 66,000 contract employees, working in the state government as well as in state-owned boards and corporations.

It is proposed that the services of 32,166 ad hoc/contract employees and those of 34,007 others working in boards and corporations and public sector undertakings will be regularised. To give a legal shape to the regularisation in services of such a huge number of employees, “The Punjab Protection and Regularisation of Contractual Employees Bill” has been prepared to be tabled in the next session of the Vidhan Sabha, scheduled for September.

The committee has recommended that the Cabinet give its consent to the Bill. The government has already worked out the financial implications of regularising the services of the employees, which will entail an expenditure of Rs 1,846.87 crore.

Only employees having completed 10 years of service will be considered for regularisation. The outsourced employees (those who work for the government but are employees of companies who have been outsourced work) will not be considered in this scheme.

A similar Act was passed in December 2016, just before the 2017 elections to the Assembly. However, it could not be implemented. The Congress had then promised to regularise the services of these employees in its election manifesto of 2017. Sources told The Tribune regularisation of employees will be done only against the sanctioned posts in various government departments and in boards and corporations and PSUs.

However, those working on posts created in some projects and schemes of central government, World Bank and other such agencies, will not be considered for regularisation.

Ashish Julaha, secretary general, Contract Employees Action Committee, Punjab, which has been spearheading the protests, said he was apprehensive about the number of persons whose services would be regularised.

We are apprehensive about the number. If only staff with 10 years of service are to be considered and only sanctioned posts will be filled, the number may be less than 10,000. — Ashish Julaha, contract employees action committee