Health workers shift a patient to an ambulance in Abohar on Saturday.

Once again, Ludhiana saw most casualties as 10 deaths were reported in the past 24 hours. Two deaths each were reported from Amritsar and Sangrur, and one each from SAS Nagar, Muktsar, Jalandhar and Barnala. In all, 145 patients are on oxygen and 13 are on ventilator support.

In Amritsar, with two more patients losing their lives to Covid, the toll has reached 80. The deceased have been identified as Babaik Singh, a 40-year-old resident of Daburji Police Lines and Darshan Kaur, a 74-year-old resident of Friends Colony, Sultanwind Road. In terms of cases too, Ludhiana continues to be the worst-affected district as it reported 166 cases, followed by Jalandhar (162), Gurdaspur (89), Bathinda (76), Patiala (66), Ferozepur (73) and Amritsar (49). 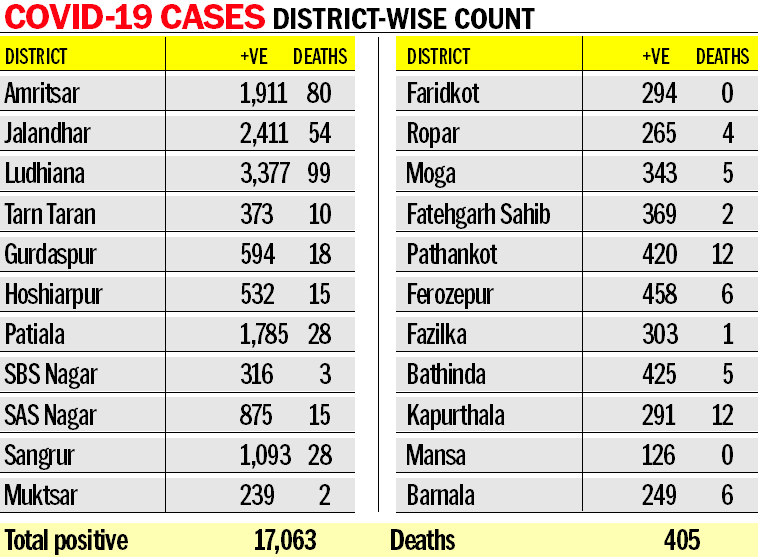 20 hours ago
4
Chandigarh Treatment of Covid

19 hours ago
5
Patiala The Tribune Impact